Gaze into the eyes of Scooter, the new World’s Oldest Living Cat.

Scooter and his wise old eyes have been around for 30 years, and his achievements in extreme elderliness have now been recognized by Guinness World Records.
Gail Floyd — who generously houses Scooter even though he is a grown adult and should probably get his own place — says her companion has always been a lively people cat.
When he was a kitten, he would play in Gail’s hair and ride on her shoulder. Now in his golden years, Scooter still rises at 6 every morning. 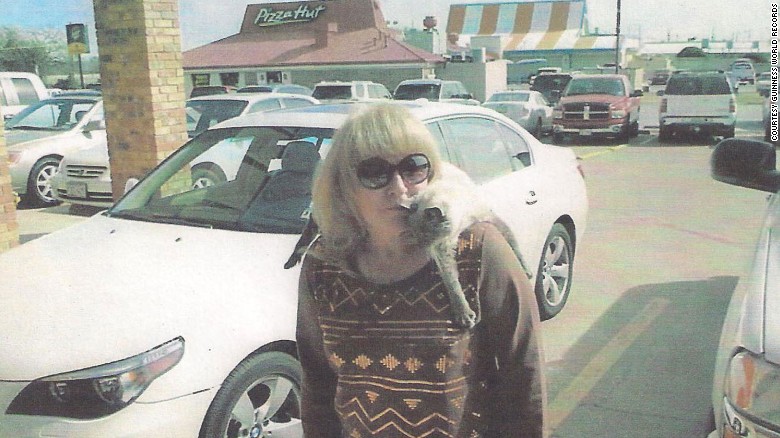 Gail and Scooter enjoying shoulder rides.
If he could talk, the Siamese from Mansfield, Texas would probably credit his geriatric vigor to years of travel and indulgence. Scooter has been to 45 states and enjoys regular servings of chicken, his favorite protein-packed treat.
A cat also doesn’t live this long without being spoiled. Scooter fits in his “me-time” with the occasional bath and a blowdry. He’s earned it. 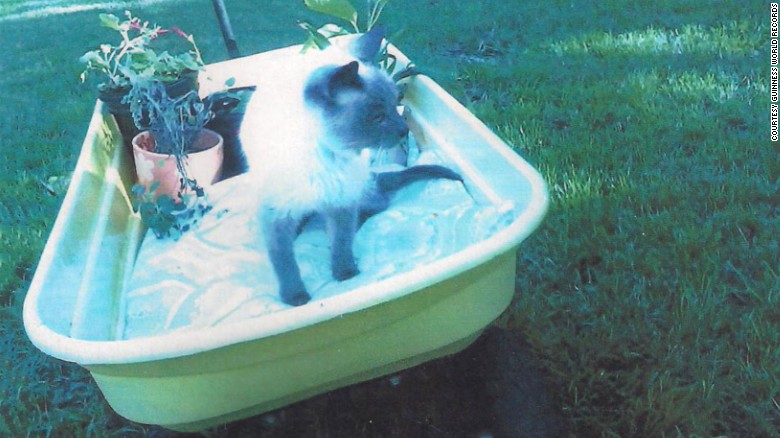 The key to a long life is quality relaxation.
As a Thirtysomething, Scooter has survived five presidencies, all nine seasons of Seinfeld, and is probably almost halfway through repaying his student debts.
Scooter’s achievement eclipses the previous World’s Oldest Cat titleholder Corduroy, who is only in his late twenties and has a lot to learn about life. 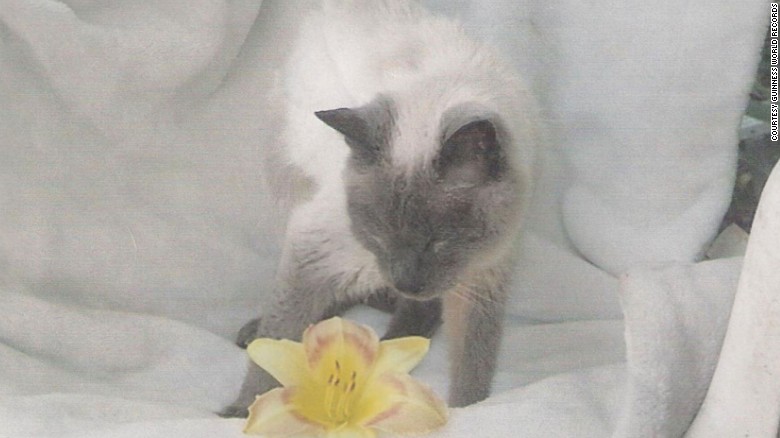