If you could choose any superpower, what would it be? One of the most common answers to this question is the power of invisibility. People would love to have the ability to go around their lives, being able to watch other people without being seen. And now a military camouflage company has revealed that they created a light-bending material that makes whatever is behind it – people and objects – appear to be invisible.

If you’ve ever wanted to be invisible, you may be able to get the superpower. Thanks to the inventors and developers at HyperStealth Biotechnology Corp., the invisibility cloak may become someone you can buy in the not-too-distant future. 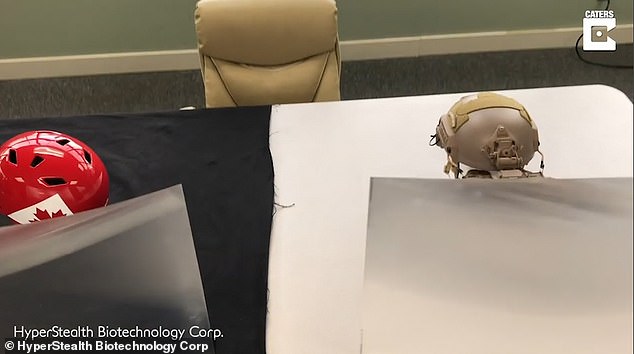 The company is not American. They’re based out of British Columbia, Canada, but are now on the top of the list of most-wanted inventions for militaries around the globe. And it is possible they’ll sell their creation to the military organization that offers the highest bid.

The company has published videos where they demonstrate their invisibility cloak. They use the ground-breaking invention to hide helmets, hats, and even people. It’s remarkable and certainly worth watching a few minutes of their video content.

One video has people clamoring for more. It shows as the high-tech equipment hides a snowboarding helmet. Another section makes a set of night vision goggles and a military hat vanish as if into thin air. 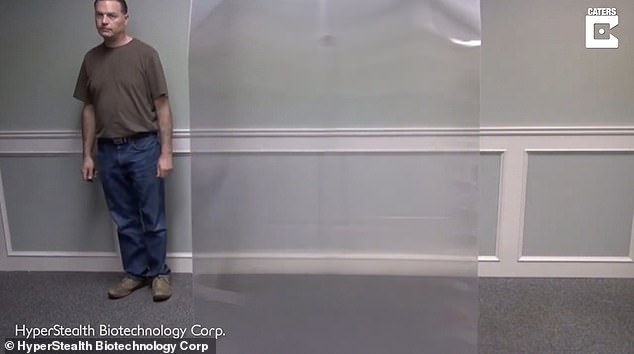 Because this company hopes to sell its military-grade technology to the highest bidder, they feature a clip where they’re cloaking a military jet and a tank. While they are using models for their demonstration, the point is gotten across rather easily as military buyers would know what they could get.

However, the most impressive clip comes when a man walks behind the invisibility cloak and disappears from sight. It’s like something you’d expect from a science fiction movie, not from a military-grade firm from British Colombia, Canada.

The cloak works by bending the light that exists near the infrared, ultraviolet, and short-wave infrared spectrums. These are called the Thermal Spectrum, which earned it the nickname “Broadband Invisibility Cloak.”

What’s even more remarkable is the price point. The product is quite inexpensive. It also does not require power to operate. This makes it a spectacular investment for the military to hide vehicles and soldiers that are advancing on enemy territory. 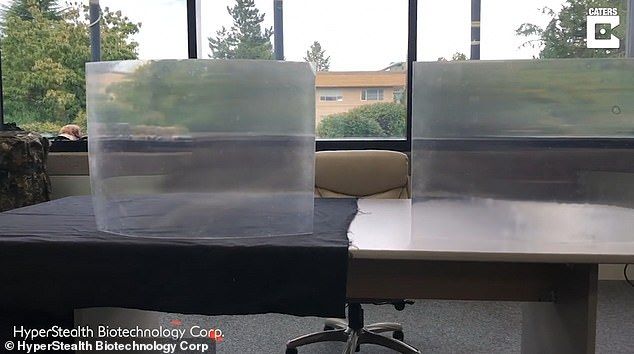 The material works in all environments during the day and night.

Guy Cramer is the brains behind the invention. He’s the CEO of HyperStealth and the inventor of Quantum Stealth.

“True invisibility was thought to be impossible by most physicists. Not only does this material hide a target in the visible spectrum, but it also works in the Ultraviolet, infrared, and shortwave infrared, and it blocks the Thermal spectrum, making it a true ‘broadband invisibility cloak.’ There is no power source. It is paper-thin and inexpensive. It can hide a person, a vehicle, a ship, a spacecraft, and a building.”