Skip to content
Home>Uncategorized>A Professor Called For The Death Of All Whites, What His College Did Is Mind Blowing!

A Ph.D. candidate in philosophy is under investigation for his provocative comments about race. When donors began backing away, the school then aggressively explored its options.

The University of Georgia cleared Irami Osei-Frimpong of violations of university policy following an investigation into his provocative comments on race and disclosure issues in his graduate school application.

For Irami Osei-Frimpon, a Ph.D. candidate in philosophy, UGA teaching assistant, the difference within minority communities can be lessened to racial disbalance, namely the suppression of white people.

Moreover, he has been provided a satisfying platform to exude this racial brainwashing and broaden the idea of victim supremacy at the University of Georgia, compelling the younger generation that a specific race of people is naturally prejudiced, racist, and, hence, evil.

Osei-Frimpon has compared himself to an ancient black advocate battling for civil rights and his distinguished oppression to that of those living under Jim Crowe legislation, has inexorably proclaimed that white people are the nemesis of non-whites and the cause of the communities’ major problems.

The teaching assistant is also advocating that “some white people may have to die for black communities to be made whole in this struggle to advance to freedom.”

“Blacks kill Blacks because they have never been trained to kill Whites.”

Although the majority of the people would see this as racial supremacism and inducement of racial brutality, the University of Georgia contradicts it. The UGA administration not only refused to even reprimand Osei-Frimpong for his eloquence but unimaginably protected the very nature of his biased and provocative speech.

Yes, the UGA administrators defended his call for the death of white people, rather than castigating Osei-Frimpong or even condemning his racist rhetoric and distancing the university’s name from the encouragement of white genocide,

According to Campus Reform, United Campus Workers of Georgia wrote a letter endorsed by 9 UGA faculty members, which included professors, teaching assistants, and administrators. They handed the letter directly to Jere Morehead, UGA President. They noted in the letter that unless UGA workers can rely on the administration to support them, academic freedom does not exist.

The union wrote, referencing Campus Reform, which broke the story, as the “outside organization:

“We write to address the University’s response, which has come perilously close to caving to an outside organization’s attempt to squelch academic freedom at UGA. “

Osei Frimpong’s deranging rants after he compared southern whites to “autistic kids” and “sociopaths” were first reported by Campus Reform. His rhetoric became so disgraceful and acute that he was even banned from Facebook for a post-challenge that “we have to dismantle the institutions that make crappy white people.”

Even though the University College maintains that “views expressed by students, faculty, and staff in their personal capacities do not reflect the views of the university,” the administrators involved have made it their vocation to stand by this specific teacher’s comments.

However, the administration immediately learned that the majority of their donors and benefactors are members of the same demographic that their staff member is striking. After hearing Osei Frimpong’s comments, donors started threatening to cut off donations to the university. The situation instantly caught the attention of the school administration.

UGA immediately announced that they are checking with the Office of the Attorney General regarding what actions they can legally consider in line with the First Amendment.

Basically, this is their way to keep their benefactors. The union revealed that it will continue to support the teacher because of evident racism that took place on the school’s campus some years ago.

According to its letter, the union mentioned that UGA has a “moral” and “legal” responsibility to protect Osei-Frimpong because of the university’s “history steeped in slavery and segregation and its recent attempts to bury that past, its role in the destruction of established black communities through urban renewal, and its perpetuation of generational poverty by paying a large portion of its staff—especially its African American staff—extremely low wages.”

The union added in its letter:

“Protecting Mr. Osei-Frimpong’s right to speak freely and to challenge the long history of white supremacy in this country, this community, and especially this University, should not be controversial. That is the University’s job.”

Because of this, Osei-Frimpong will continue to spout his bias, prejudice, racist and violent oratory, calling for the mass slaughter of white people by minorities. He will go on convincing America’s youths, saying that even though they live in the most prosperous and freest society in history, they are still victims. 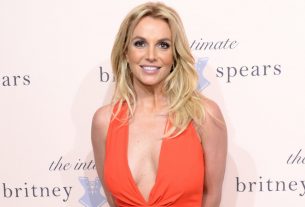