Skip to content
Home>Uncategorized>An 11yr Old Stepped Into A Haunted House, How He Ended Up In An AMBULANCE Is Beyond Tragic!

It is spooky season and that means haunted houses are popping up for people to visit seeking a thrill for the season.

However, one person visiting a haunted house got much more than they bargained for after being stabbed by a worker.

It all began to go sideways when Christopher Pogozelski, a 22-year-old worker from Middleburg Heights, Ohio, allegedly decided not to use the prop knife offered by his employer, 7 Floors of Hell, a haunted house that had set up shop at the Cuyahoga County Fairgrounds.

Pogozelski decided that he would go to his car and retrieve his own Bowie-style hunting knife to bring into the haunted house.

Seriously, what possibly could go wrong?

Sadly, an 11-year-old visiting the haunted house would find out very soon how wrong it could go.

Frank and his friends waited in line at around 8:00 p.m. on Saturday, the 22-year-old — one of several actors “roaming the grounds that night,” according to Cleveland.com —  began scraping the ground with his knife.

“That’s fake. I’m not scared,” Frank said, according to what his mother, Karen Bednarski, told WEWS-TV.

That is when Pogozelski reportedly started stabbing the ground around the 11-year-old’s feet as a scare tactic. On one jab, the actor hit the boy’s foot, and the knife went through the Croc-style shoe and cut the boy’s big toe, according to WJW-TV.

According to police reports, the haunted house offered first aid care, but according to Frank’s mother, they were incredibly unhelpful.

Bednarski said an adult in the group called her, and she called the police, who then cared for the boy’s toe.

You might think Frank would be put off of haunted houses forever — but quite the opposite: He refused to leave and insisted on going through the 7 Floors of Hell.

Bednarski went with him, but she is very disappointed in the way the matter was handled and has pressed charges.

“The biggest thing for me is, you know, I don’t understand the mental state of this man,” Bednarski said. “There’s got to be something wrong with him, and he should not be working at an establishment like that. That’s what makes me upset.”

Pogozelski admitted to police that bringing his own knife, which authorities confiscated, was probably not the best idea.

Rodney Geffert, president of the entertainment company that owns 7 Floors of Hell, called the incident an “accident.” He also acknowledged that Pogozelski had gone to his car to retrieve his own knife despite the fact that actors are only allowed to use rubber props that the company provides.

“The police took the knife and I made it real clear with him, you don’t go to your vehicle and get something out like that,” Geffert said. “We just don’t do that.”

Pogozelski has since been let go.

“I can’t explain why he brought the real knife,” Lt. Tom Walker with the Berea Police Department said. “He should have been using a fake prop or rubber, rubber knife. Obviously a poor decision on his part to bring a real knife to the fairgrounds.

“And he’s been criminally charged with negligent assault as a result of making that decision.” 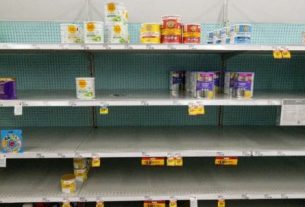