Skip to content
Home>Uncategorized>Biden Is Now Shipping Underage Migrants To Every Corner Of The Country!

While we are lying in our beds thinking when this COVID madness brought to us by Biden’s regime will be over and thinking this will be the last one – I said, it’s far from over because Biden has been cooking a new disaster for America.

In this recent report, underage migrants have been secretly transported to New York state for resettlement in the dead of the night courtesy of Joe Biden.

Migrants are being shipped across the US after they cross the open US border with Mexico and US is expecting 400,000 migrants to cross into the US this month.

A new record under Joe Biden – should he be listed in Guinness for breaking records after records? lol

Hundreds of underage migrants are being secretly flown from Texas to New York for resettlement by the Biden administration, an investigation has learned.

The programme is an effort by the White House to resettle migrants across the state, according to the New York Post, and comes amid the on-going border crisis that has overwhelmed immigration officials this summer.

According to data from the US Customs and Border Protection, 37,805 unaccompanied minors were caught entering the US from Mexico between July and August, some of whom were left abandoned by smugglers known as ‘cyotes’.

The newspaper reported witnessing two planes land at New York’s Westchester County Airport last week, one arriving at 10:49 p.m. on Wednesday and another at 9:52 p.m. on Friday.

Most of the passengers who disembarked appeared to be small children and teens, with a ‘small portion’ appearing to be men in their 20s, the Post said, reporting that local cops were seen standing by as the passengers piled into buses. 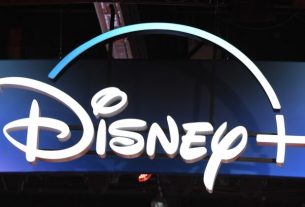