Even after many credible sources like prominent doctors said Ivermectin can treat Covid-19 symptoms, the FDA still continues to warn Americans to never use medications like Ivermectin that “is intended for animals.” The media and government engaged in a vicious campaign to discredit the treatment and attack people who used it. Fun fact: Between 100-200 United States Congress Members (plus many of their staffers & family members) with COVID.. were treated by a colleague over the past 15 months with ivermectin & the I-MASK+ protocol at https://t.co/OvU8SLfLJq. None have gone to hospital. Just sayin’

“I do not know the motivation for demonizing this particular medication. But I would imagine some of it has to do with money because… this is a generic drug now. The patent has run out… and it’s worth like 30 cents per dose,” Joe Rogan said in his Podcast.

But everything is about to change now, research funded by Bill and Melinda Gates found that Ivermectin causes no significant negative side effects.

“MedinCell tested ivermectin taken daily in oral form to simulate the continuous release of the active substance by a long-acting injectable. After completion, the study confirms the safety of ivermectin up to a dose of 100 μg/kg/day in continuous administration over 1 month in healthy volunteers. No significant difference was observed between the treated volunteers and the placebo volunteers in the three cohorts studied successively (daily doses of 50 μg / kg, 75 μg / kg, and 100 μg / kg respectively).

The pharmacokinetic data of the three cohorts shows a limited peak circulating plasma concentration in the first 12 hours (Cmax between 25-60 ng / mL) and the rapid achievement of a stationary regime and a regular plasma concentration of between approximately 10 and 30 ng / mL for 28 days, depending on the dose administered. These preliminary results are considered positive and live up to Company expectations based on the data in the literature. The dose-response relationship has not yet been established.” 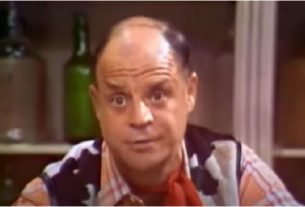 An Anonymous Video From Alleged Proctor And Gamble Employees Has Been RELEASED!