On Tuesday, an American woman who became a high-ranking Islamic State official pleaded guilty for organizing and leading an all-female military battalion in Syria on behalf of the terrorist organization Islamic State of Iraq and al-Sham (ISIS).

The Justice Department said in a statement that 42-year-old Kansas-born Allison Fluke-Ekren pleaded guilty to “terrorism-related operations” in Syria, Libya, and Iraq from 2011 to 2019.

After months of negotiations with her attorneys and the Justice Department, she pleaded guilty plea on a single count, supporting a foreign terrorist organization, a charge which brings up to 20 years in prison.

According to The New York Times, the FBI and Department of Justice had sought Allison Fluke-Ekren’s arrest for seven years.

Here’s what the Department of Justice said in a press release:

“She trained women on the use of automatic firing AK-47 assault rifles, grenades, and suicide belts. Over 100 women and young girls, including as young as 10 or 11-years-old, received military training from Fluke-Ekren in Syria on behalf of ISIS.”

At least one witness saw one of her children approximately 6 or 7 years old, holding a machine gun in her home in Syria.

Along with weapons training, she also taught some members of her battalion martial arts, medical training, and driving as well as led them in ISIS religious classes and instructed them on how to pack a “go bag” in case of needing to flee.

Western Journal report gives us more details of this story:

The American citizen, now 42, converted to Islam and married a Turkish citizen in the early 2000s, a former friend of Fluke-Ekren told the Times.

In court documents, prosecutors accused Fluke-Ekren’s then-husband of looting classified government computers from the ruins of the American diplomatic compound that was destroyed in Benghazi, Libya, in 2011.

Through her plea, Fluke-Ekren admitted to assisting a Libyan Islamic terrorist group in sorting and analyzing the materials looted in Benghazi.

Those were only the beginning of her terrorist activities.

Fluke-Ekren joined her jihadi husband in Syria 2014, shortly before he was killed in an airstrike while conducting reconnaissance for the Islamic State group, according to the Times.

Fluke-Ekren actively planned terrorist attacks in the continental United States at this time.

According to a criminal complaint obtained by the New York Times, Islamic State caliph Abu Bakr al-Baghdadi signed off on funding for a plot Fluke-Ekren designed to attack a Midwestern college campus.

A raid ordered by former President Donald Trump led to al-Baghdadi’s death in 2019, with the coward killing himself and his own children with a suicide device instead of fighting American special forces.

According to a Justice Department news release, Fluke-Ehren attempted to fool her own family members into thinking that she was dead in an attempt to dissuade the United States government from looking for her. In spite of this, the terrorist was transferred to American custody in January, possibly from Kurdish forces.

The now-diminished Islamic State group professed hatred of Christians, religious and ethnic minorities, and western civilization. Unfortunately for this terrorist, she’s now slated for sentencing under the law of the United States. 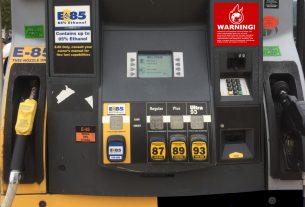 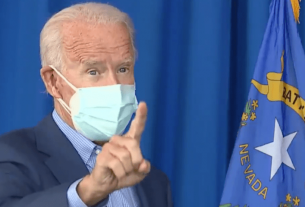 The USDA Denied His Application Just Because Of The Town He Lives In!