Skip to content
Home>Viral>Bully Gets Knocked Out Cold After Picking Fight With The WRONG Kid….BOOM!!!

If you plan on bullying someone in the future, consider this a cautionary tale! In this video a boy alleged to be a bully picks a fight with the wrong kid on his way back from school, and what happens next is tough to watch. One thing’s for sure however and that’s that this surely makes you think twice about who you approach on the street.

The video, believed to have been filmed in Indonesia shows the aforementioned ‘bully’ approach a younger kid with an orange leopard backpack who seems to be minding his own business. He is just walking along probably heading home after school. 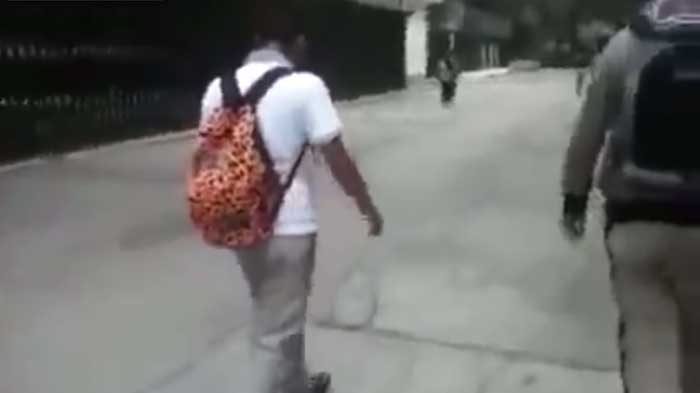 The boy approaches his peer in a somewhat aggressive manner for no apparent reason. He swings and hits him in the side of the head. It’s unknown who is filming, whether it’s one of the bullies friends expecting to film a fight or a bystander.
After that one hit, the kid isn’t about to let his aggressor harm him. He fights back and is very successful at defending himself. He clearly has actual fighting skills and is able to turn the fight very quickly in his favor. 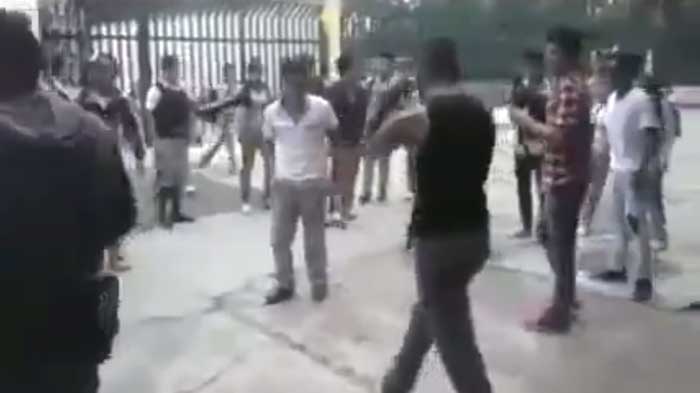 The kid isn’t scared at all, and instead the two start to wrestle. Soon you can tell he is stronger than he looks, and he might even be a better fighter than his attacker.
After a few seconds of grappling in front of the crowd, the two are separated. They get ready to fight each other for real.
The kid has the upper hand from the beginning, showing off his undercover skills. The bully ends up on the floor. He lands one giant kick, and the bully is down for the count, defeated. The video has been viewed more than 200,000 times. Moral of the story is, just because you’re small doesn’t mean you can’t defend yourself.

CAUGHT ON TAPE: Bill Clinton Tells Alleged Mistress to Deny He Got Her State Job -LISTEN