Skip to content
Home>Uncategorized>Dave Chappelle Just Responded To The Woke Mob And It Was PERFECT!

Now that Dave Chappelle is back – liberals shouldn’t panic, rather they should enjoy his show. It’s kinda fun and very entertaining anyway.

He’s not only making us all laugh but his jokes are really practical and honest – remember it’s just for fun and should not be taken seriously unless you’re a left sh*t liberal.

Recently, he was attempted to be canceled by these Liberal Mob and his response was epic!

Chappell has a new comedy special and in the show, he pokes fun at everyone, including trans people, basically LGBTQ folks.

Dave Chappelle’s brand has become synonymous with ridiculing trans people and other marginalized communities. Negative reviews and viewers loudly condemning his latest special is a message to the industry that audiences don’t support platforming anti-LGBTQ diatribes. We agree. https://t.co/yOIyT54819

These liberals have been acting so strange over a joke… only proves that their butts got really hurt and now they talk about “governing” over it? It’s insane.

Clearly, Dave does not give a damn about them, as a matter of fact, he’s doubling down by literally cussing everyone out – from Twitter to ABC, NBC News, and everyone in between.

One Study On Ivermectin Just PROVED The MSM Is Lying To You! 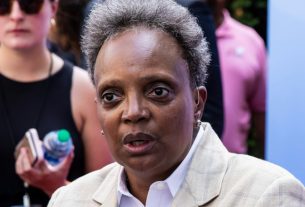 Chicago’s Mayor Wants To Keep Watch Of Everyone All The Time, Look At What She Got Caught Doing…

ALERT: China Is Poised To Take Bagram Air Force Base!