Skip to content
Home>Uncategorized>Dementia Joe Randomly Walked In Their Office And Began Yelling Like A Maniac! [VIDEO]

We all know that Joe Biden’s mental and physical health has been always an issue, well Dems always wanted to argue with it like it has nothing to do with his presidential duties. Really?

Earlier this year, Biden fractured his foot and now must wear a walking boot for several weeks while it heals. The Biden staff claims the fracture occurred while he played with his dog, Major. They also want us to know the German shepherd is a rescue dog, which is a joke waiting to be told, full of irony. Who will “rescue” Mr. Biden from himself?

The Biden team was not being transparent about his injury as the press pool was denied access and not allowed to take pictures of Biden after he visited an orthopedist and was given the boot.

His debacle in Afghanistan was a clear sign that he is not fully capable of handling things. How could you pull out troops without a proper evacuation plan? With that being said, he even managed to have 13 servicemen killed in Kabul.

Recently, Biden angrily screams during a visit to California’s Office of Emergency services.

“We’ve spent over $97B because of climate change, and we’re sitting with our thumb under our ear — except here, you’ve been fighting like hell.”

“We can’t afford to let anything slip further,” Biden warns on climate change as he meets with California officials about the impacts of recent wildfires on the state https://t.co/y4NmOJHCaH pic.twitter.com/e2kA1Xp4Qn

Is it really necessary to show emotions with the amount you’ve spent? I mean, American Tax Payers spent? Can even show the right sympathy to the families of 13 killed service members instead of sharing your own feelings about how you lost your son. Shame.

How about you shout about how much money we lost in the Military equipment you choose not to take back from your Taliban friends? This administration is insane! 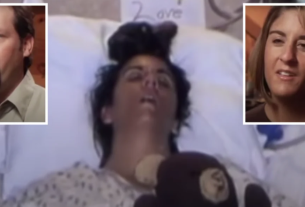