If you ever want to get to the bottom of something, all you have to do is follow the money.

At the end of the day, no matter what someone’s belief system is, they want to get paid.

It’s not like terror organizations can just dump cash on a street corner anymore, which means it is a little bit easier to catch people in the act.

French police arrested 29 people around the country on Tuesday in a vast operation to break a complex scheme financing Islamist extremists in Syria through the use of cryptocurrencies.

A statement from the anti-terrorism prosecutor’s office said search warrants are out for the two main figures in the scheme, French jihadis who have likely been in northwest Syria since 2013 and are suspected of creating “the architecture of this network of terrorism financing.”

They were identified only as Mesut S. and Walid F., both 25 years old, and suspected of being members of Hayat Tahrir Al-Sham, affiliated with al-Qaida. They were both convicted in France in 2016 and sentenced in absentia to 10-year prison terms.

The 29 people detained for questioning Tuesday are aged 22 to 66. Most of them are suspected of injecting funds into the network. Two of them are thought to have had key roles in the cyber-financing system, providing logistical aid to keep it working.

The scheme to use cryptocurrency – a digital currency that can provide various levels of anonymity – to finance extremist groups was initially uncovered by a team within the French Economy Ministry, called Tracfin, that traces fiscal fraud, money laundering and terror financing.

Since 2013, the main method of financing jihadis had been via cash sent to people in countries neighboring Syria. That evolved into a more sophisticated, less visible system as surveillance tightened. 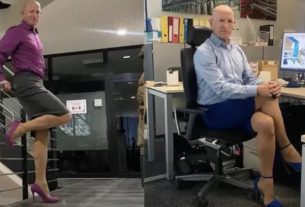