Hundreds of bodies of COVID patients found in the trailer truck on the waterfront.

Bodies of dead COVID patients are still being stored in refrigerated trailers lined up on Brooklyn’s 39th Street Pier hide a heartbreak that fully came to light only this week. According to CBS New York.

The temporary morgues were set up more than a year ago at the height of the COVID pandemic.

Hundreds of bodies have been stored in trucks since April 2020, fluctuating between 500 and nearly 800, according to various medical examiner estimates compiled over the past 13 months by Columbia’s Stabile Center for Investigative Reporting and THE CITY as part of the MISSING THEM project.

“We will continue to work with families,” Maniotis told the Council’s health committee. “As soon as the family tells us they would like their loved one transferred to Hart Island, we do that very quickly.”

In a follow-up statement to THE CITY on Thursday, the medical examiner’s office said it would have “further discussion with the families on their final decision and the timeline.”

For more than a century, unclaimed persons in New York City have been laid to rest on Hart Island in the Long Island Sound. Families can also choose to have a relative buried there for free.

“It’s a very difficult decision for families because Hart Island has been stigmatized for so long,” she told CBS2’s Ali Bauman.

Hunt says the medical examiner legally has to wait one week before burying an unclaimed body, but it’s been standard practice to wait longer and give relatives more time.

“I think the freezer trucks just make it more visible, but the medical examiner had been holding bodies for months and months before the pandemic. They just didn’t have quite as many previously,” she said.

Friday, a spokesman for the Chief Medical Examiner sent CBS2 the following statement, indicating some delays are allowing families to make difficult burial decisions: “With sensitivity and compassion, we continue to work with individual families on a case by case basis during their period of mourning.”

“We owe it to them. We owe it to one another … It’s the right thing, the humane thing to do to bury them in dignity and respect,” Gjonaj said.

The medical examiner’s office says it will continue to reduce the size of its long-term mortuary operation and will begin notifying families that they’re making the transfer to Hart Island.

Public trips to the currently closed Hart Island are set to start up again May 15 with visits capped at 10 people. 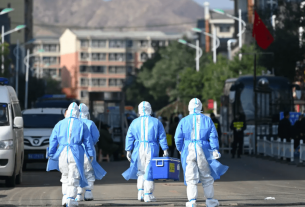 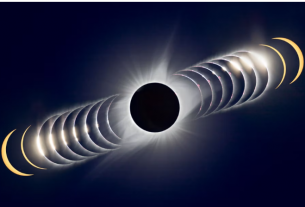 Did Scientists Just CONFIRM The Existence Of Alternate Universes?