Skip to content
Home>Uncategorized>One Study On Ivermectin Just PROVED The MSM Is Lying To You!

A team of clinical researchers in Nigeria presented results from a randomized controlled clinical study comparing the clinical, virological, and anti-inflammatory effects of ivermectin alone compared to ivermectin + HCQ + AZT triple therapy (HIA triple therapy or IVM+) in SARS-CoV-2-positive patients with COVID-19. Results from the trial showed that IVM monotherapy was equally as effective as HIA triple therapy in all inflammatory, virological and respiratory endpoints, thus substantiating the efficacy of IVM alone in treating COVID-19, infected patients.

Both therapies showed significant reductions in inflammation, despite the fact that the sample size was small.

According to the Study:

The ecacy of ivermectin (IVM) against SARS-CoV-2 has been demonstrated in vitro, while several clinical studies suggest that it is ecacious and safe in reducing morbidity and mortality. Hydroxychloroquine HCQ, IVM and azithromycin AZM (HIA therapy) are being used in several low- and middle-income countries (LMICs) where more expensive medications such as remdesivir are out of reach. In this study, we set out to compare the ecacy of IVM monotherapy with HIA combination therapy.

Methods: This was a single-blind, randomized control trial of 2 parallel groups of COVID-19-positive Nigerians. Thirty patients received ivermectin 200 mcg/kg daily for ve days, while 31 patients received HIA triple therapy. The viral cycle threshold (Ct) at pretreatment baseline and days 2, 5 14 and 21 were measured for the E- and N-genes. SPO2 was assessed on a daily basis, while inammatory markers erythrocyte sedimentation rate (ESR), C-reactive protein, and D-dimer and neutrophil/lymphocyte ratios (NLRs) were assessed at baseline and day 7. Clinical status was self-assessed daily on a Likert scale.

Results: The findings suggest that there were no significant differences in the two groups (ivermectin-only IVM and the HIA triple therapy (IVM+) group) with regard to all the variables. Age and sex were similar, as were dose of ivermectin based on weight, need for supplemental oxygen, and need for ventilator. None of the patients had been vaccinated. Hematological indices such as hemoglobin, white blood count, lymphocyte and neutrophil count, neutrophil/lymphocyte ratio, and platelet count were comparable for both groups. There was also no difference with regard to viral load at baseline for either the N-gene or E-gene. Inflammatory markers such as ESR, C-reactive protein, and D-dimer values were also similar in both groups. SPO2 was slightly higher for the ivermectin only (IVM) group (93.8% versus 92.0%), but the difference was not statistically significant (P=0.09). Clinical symptoms at baseline, such as diarrhea (23.7%), anosmia (20%), ageusia (18%), dyspnea (25%), headache (50%) and cough (72.1%), were similar in both groups. Therefore, cough was the most common symptom with which patients presented but was slightly less common in the IVM group.

Conclusions: AZT + HCQ may be a redundant adjuvant in COVID-19 therapy. Improvements noted are likely due in large part to ivermectin virucidal and anti-inammatory actions.

The clinical, virological, inflammatory, and respiratory (SPO2%) comparative assessments, which are hard end points of our randomized controlled study, did not show a significant difference between IVM monotherapy and HIA triple therapy in RT-PCR-positive COVID-19 patients. This finding indicates that a combination of AZT + HCQ did not confer any additive benefit to IVM in virucidal action against SARS-Cov-2. The results, however, confirm and extend our earlier results on the anti-SARS-CoV-2 efficacy of ivermectin alone4.

In this study, we demonstrate further that ivermectin alone or with HIA rapidly increased the cycle time (Ct) of the N-gene (nucleocapsid) and the E-gene (envelope) of SARS-CoV-2 and achieved significant COVID negativity on day 7 on RAMOVA (see Figures 3 and 4).

IVM and HIA were both associated with significantly reduced pro-inflammatory markers CRP, ESR and D-dimer (Figures 6–8), indicative of antithrombotic and cytokine reduction effects of ivermectin via STAT-3 inhibition, as we have previously suggested4.

Possible side effects of ivermectin: As noted above, there was an overall decrease in the number of complaints by day 5. This suggests that the dose of ivermectin used in this study is safe and efficacious.

In conclusion, there was no significant treatment difference between IVM monotherapy and HIA triple therapy, thus suggesting that AZT + HCQ may be a redundant adjuvant in COVID-19 therapy in Nigerians and elsewhere. There was a highly significant time effect (P< 0.0001 RAMOVA), indicating that the improvements in SARS-CoV-2 N and E-gene Ct, as well as the SPO2%, are likely due in large part to ivermectin virucidal and anti-inflammatory actions.

Null hypothesis (H0): A combination of ivermectin and HCQ+A is not more ecacious in the treatment of patients with virology-proven COVID-19 disease than ivermectin alone.

Alternative Hypothesis (Ha): A combination of ivermectin and HCQ is more ecacious in the treatment of patients with virology-proven COVID-19 disease.

Here are some of the questions that the researchers addressed:

Questions: There was no control group with no treatment, so how do you know that ivermectin was better than no treatment?Answer: This is a follow-on paper of a previous publication in which we had demonstrated the superiority if ivermectin relative to control. Babalola OE, Bode CO, Ajayi AA, Alakaloko FM, Akase IE, Otrofanowei E, Salu OB, Adeyemo WL, Ademuyiwa AO, Omilabu S. Ivermectin shows clinical benets in mild to moderate COVID19: a randomized controlled double-blind, dose-response study in Lagos, QJM: An International Journal of Medicine, 2021;, hcab035, https://doi.org/10.1093/qjmed/hcab035 Besides, our hypothesis was to test if the addition of HCQ and AZM would increase the therapeutic effect. In the event, it did not appear to do so.

In addition to the aforesaid, regarding our previous double blinded RCT which demonstrated the significant dose-dependent SARS-COV-2 virucidal efficacy of ivermectin, we were ethically constrained, not to deprive any treatment arm and patients, a medication for a potentially fatal disease, which we have shown to be beneficial. No Institutional Review Board would grant approval for such a study on ethical grounds of with holding a therapy. that may be beneficial. just for scientific elegance.

Question: Why is there no control in this work?

Why A Judge Said Her Rapist Deserved To Be Free Is Absolutely Vomit Inducing! 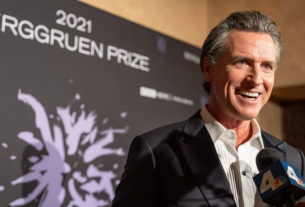 Newsom Has Doubled Down On Forced Water Limitations…