Skip to content
Home>Uncategorized>Pelosi Went To Rome And They Made Her Wish She Was Eaten By Lions!

The Biden administration has been heavily criticized not only in America but in foreign countries as well.

And Italy is one of them – they just simply hate these lying Democratic cults.

Recently, Nancy Pelosi went on a journey in Rome, Italy only to face heckles and mockings – it’s clear people of Rome don’t want these lying dirtbags going around their city.

This incident happened in St. Patrick’s Catholic/American Parish, she was heckled so viciously that she had to walk out.

Bree A. Dail, a reporter in Rome have confirmed, “heckled at St Patrick’s Catholic American Parish, in Rome, causing her to abruptly leave the Mass she was attending. Paulist Fr. Steven Petroff, the rector of St. Patrick’s, addresses the alleged “security incident”, causing the Speaker to leave.”

ROME—@SpeakerPelosi reportedly heckled at St Patrick’s Catholic American Parish, in Rome, causing her to abruptly leave the Mass she was attending.

It was very satisfying news… I just really hoped that Pelosi have felt tremendous shame and embarrassment as she walked out of the building.

This type of attack was previously planned by “Maxine Waters”, only much more righteous and violence-free because patriots are pushing back against the tyrannical establishment that is attempting to control and strangle them.

As an establishment elite herself, Maxine understands the power of public mockery and making elites feel the squeeze of public humiliation, she knows how impactful that is, and that’s why she pushed her twisted version of it.

And that was so perfect for Pelosi, a self-proclaimed successful politician who thought that Biden’s foreign policy works. 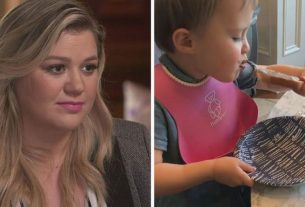 After You Read This, You’ll Never Throw Away Your Avocado Seeds Again

Muslim Man Gets HUMILIATED by a POLICE DOG! Try not to DIE Laughing!