An eyewitness to the death of a teenager in Chicago who was killed by a cop said the boy was trying to jump a fence when he was shot dead.

‘They shot him in the air,’ the unidentified woman, who said she did not want to be identified for fear of police backlash, told the Chicago Tribune.

‘His pants leg got caught on the fence and he hit the ground. If he hadn’t gotten shot, he would have cleared the fence.’

She then added that because of her fear of the police, she denied to them that she saw the shooting.

Pierre L Loury died on Tuesday as a result that a gun shot wound to the chest. He was 16 years old.

Chicago Chief of Detectives Eugene Roy said the teen ran from a car believed to be connected to an earlier shooting and an ‘armed confrontation’ resulted in the officer shooting Loury.

He also said that a weapon was found at the scene and taken into evidence, while another law enforcement source said Loury was a ‘documented gang member.’ 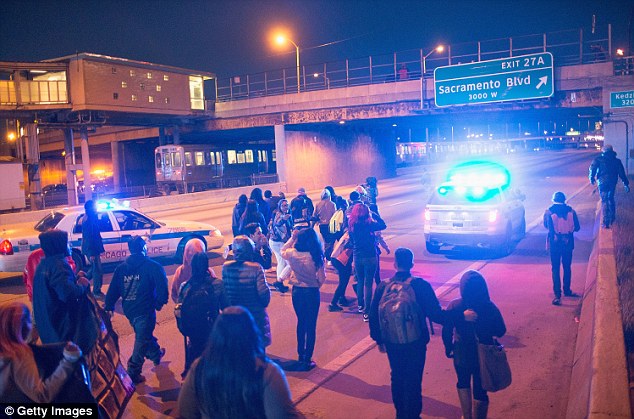 More than 100 people gathered in Chicago for a vigil and protest after the fatal shooting of a 16-year-old by a police officer. Demonstrators protesting the shooting blocked traffic on the Eisenhower Expressway (above) 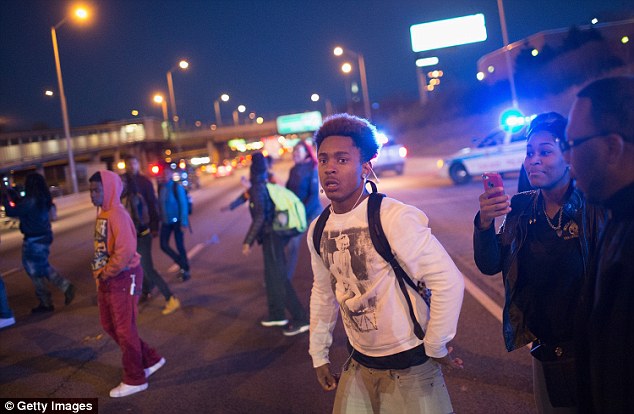 Police said an officer chased the teen and an ‘armed confrontation’ resulted in the officer shooting Pierre Loury. A weapon found at the scene was taken into evidence. 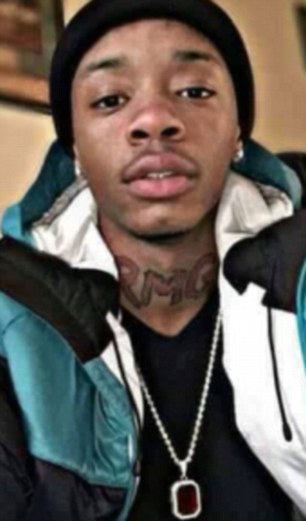 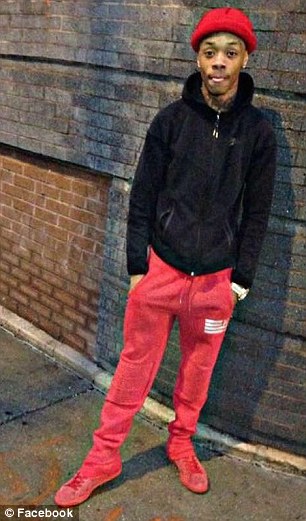 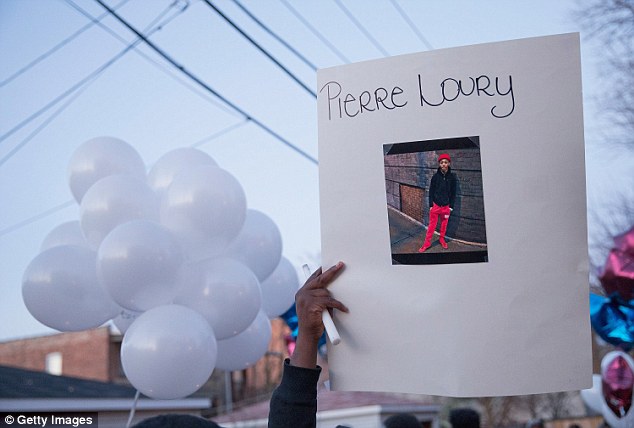 It was reported that Loury was shot and killed by an officer on the city’s West Side. Police declined on Tuesday to identify the officer involved in the shooting 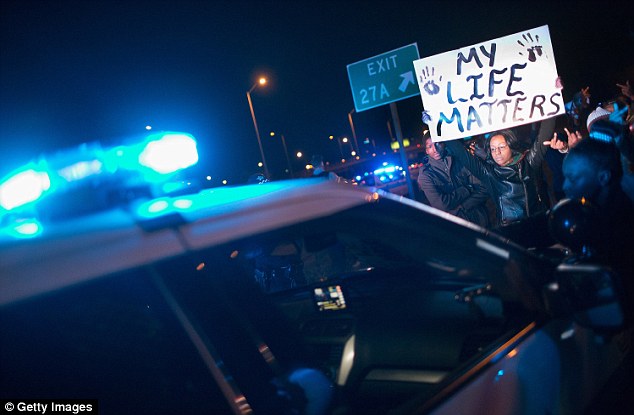 Patrol officers stopped a vehicle believed to have been involved in an earlier shooting in the area at about 7.30pm

Loury’s aunt, Karen Winters, said of the tragic situation; ‘Once again, we’re looking at environment, this community, how some of these young boys are just plagued with certain influences.’

She then added; ‘But not to this extent, by no means.’

The teenager’s mother, Tambrasha Hudson, claims her son did not even own a gun.

More than 100 people gathered in Chicago for a vigil and protest after the fatal shooting.

The demonstrations on Tuesday came a day after coroners said Pierre L Loury died at a hospital.

The vigil was held at the site of the shooting and protesters then marched through the streets, sometimes disrupting traffic.