Skip to content
Home>Uncategorized>VIDEO: This Entire Town Has Been Abandoned Since 1982. What One Man Captures On The Inside? EERIE

When most people think of their idea of a “small town,” it would include some shops, a few good restaurants, plenty of open space and a nice community to tie it all together. At one point in history, Kitsault, British Columbia, Canada used to have all of that and more due to a booming mining business.

But just like so many other industrial towns, at some point the community began to fade away, along with the workers and resources that a city desperately needs to function. During it’s peak in the 70’s and 80’s, this booming town was made up of over 1,200 residents. Recently a photographer decided to head up and get a peak at this village – but not a soul was in sight!

Kitsault isn’t even really just a small town, boasting it’s own hospital, sports complex, theater and a grocery store. It had all the promise in the world, including plenty of molybdenum, a metal used in the production of modern steel.

The town was essentially run by Phelps Dodge, who owned all the mines and employed most, if not all of the residents. It ran like a dream for about 18 months, until the price of molybdenum sank and the economy crashed.

Phelps Dodge then purchased back all of the homes and asked the residents to leave. They basically shut down the town overnight, leading to it’s pristine status today. There are still books on the bookshelf, and the photographer discovered another alarming secret: the power has been on for the last 30 years!

Still boasting 94 homes, 200 apartments and a slew of service buildings, Kitsault is just waiting for another group of residents to move in and make this town their own. Check out this postfor even more of these incredible pictures and don’t forget to share with your Facebook friends! 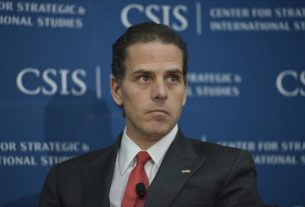