Skip to content
Home>Uncategorized>What Android Users Are Now Saying Happens When You “Sing A Song” Is Absolutely Strange!

Known to with their crazy left-wing videos, this popular Twitter account called “Libs of Tik Tok” posted about a feature on Android that was creeping many people out.

“Libs of Tik Tok,” says many Android users who were using ” Google Assistant” and “Alexa,” every time they ask the phone to sing a song, you will hear a vaccine song.

I mean, this is insane! lol

So “Libs of Tik Toc” decided to ask its followers if they experience the same creepy vaccine song, and to its surprise here’s what they found out:

You may watch the videos below:

I don’t have an Android phone to try it myself, but it looks like this is indeed a feature, at least for the ones who posted it.

Out of curiosity, I tried this using my iPhone and when I asked Siri to play a song, a Dolly Parton tune popped up, which had nothing to do with the vaccine.

This looks entertaining at some point, but this feature is totally concerning and a bit creepy.

Propaganda like this is bizarre and there’s no need for it. Whether you’re pro-vax or still have reservations about the COVID jab. These childish songs only make this whole thing feel more like a creepy cult to normal people.

And were’s what people online are saying:

“you can be pro-vaxx, anti-mandate, and anti-propaganda all at the same time btw”

“Yeah, that’s it…. I think there’s something weird going on behind the scenes…”

“Who could hear this and possibly think it’s a good thing?!”

“It’s like living in a weird, creepy movie. We’re so screwed if we don’t do something about this.”

“Something straight out of a dystopian movie”

“For the record, I just tried this and it’s real. The vaccine song played on my phone. Now I want to burn it”

“I am sorry, but this is not normal. We all made fun of Baghdad Bob and we’re now way worse than him”

I don’t care how much you love and worship COVID and the vaccine, behaving like this, with songs and skits and musicals about Fauci, the vaccine and COVID is why a lot of very sane people are having an issue with this whole thing, and I don’t think you can blame them.

Woke MLB Has Just Made their Worst Decision Yet! 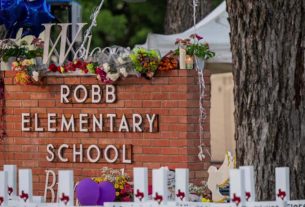 He Knew The Uvalde Shooter, What He Said Is Bone Chilling…