The idea that any reasonable person would feel that it would be appropriate to defund police in any way is absolutely bonkers.

Sure, find room in the budget for other things where the police don’t h ave to respond to every minor argument but don’t defund the police. That’s just stupid.

However, as in with all things it seems that nature has a funny way of showing us what happens when people decide that getting rid of the cops is a good idea.

Seattle, being the liberal bastion that it is, decided to go ahead and defund the police department. It’s already not going well.

A Seattle social worker was stabbed to death Monday just hours before the city’s council decided to partially defund the police department and potentially replace some officers with social workers.

Seattle has become a slow-motion car crash, and nobody seems intent on getting out of the way or pumping the brakes.

That’s what happens when the inmates are running the asylum.

In the case of Washington’s largest city, the crazies are the Democrats whom residents elected to run the one-time gem of a community into the ground.

After Seattle allowed an entire neighborhood to be occupied by leftist activists in honor of George Floyd for an entire month this summer, the City Council and Mayor Jenny Durkan continued to turn their backs on police and enable lawlessness.

Democrats vowed to defund the Police Department, and this week, they partially made good on that pledge.

Jason Rantz of Seattle’s KTTH-AM reported the council met Monday to finalize the 2021 city budget, which included an 18 percent cut to the Police Department.

The council also decided to pursue having social workers respond to some 911 crisis calls, Rantz reported.

But shortly before that Monday meeting, a woman was stabbed to death at an apartment building.

The GOP Just Did Something That Will Help You Get Back At Big Tech! 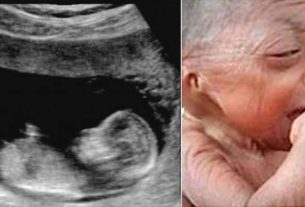 A Baby Was Delivered Years Ago With A Very Rare Condition, What He Looks Like Today Will…