Skip to content
Home>Uncategorized>While You Were Eating Turkey, Trump Did Something AMAZING For Our Troops!

The trip was kept a secret for security purposes.

The president arrived in Afghanistan just in time to serve troops Thanksgiving dinner on Thursday. Standing alongside Chairman of the Joint Chiefs of Staff Gen. Mark Milley, he dished out turkey to roughly two dozen troops at a dining facility decorated with red, orange and yellow Thanksgiving banners and tablecloths. Mulvaney, Barrasso, and O’Brien were also behind the counter.

“There’s nowhere I’d rather spend Thanksgiving than with the toughest, fiercest warriors,” Trump said. “I’m here to say Happy Thanksgiving and thank you very much. As president of the United States, I have no higher honor than serving as commander-in-chief.”

He added: “We will continue to work tirelessly for the day when all of you can go home to your families, and that day is coming very soon.”

The president was originally slated to spend Thanksgiving at Mar-a-Lago in Palm Beach, Fla. Details of how he was able to sneak out of the resort property are still unclear. He did, though, fly out of an undisclosed airport on Wednesday evening.

Fox News has learned that security precautions for the trip were taken to the extreme, with the cellular devices, including those of senior White House officials on the flight, taken before boarding the plane.

The president greeted the crew and even stayed in the cockpit for takeoff.

On the flight to Afghanistan, Grisham told the small group of press that the purpose of the trip is “truly about Thanksgiving and supporting the troops.”

“It’s a dangerous area and he wants to support the troops,” Grisham said. “He and Mrs. Trump recognize that there is a lot of people who are away from their families during the holidays and we thought it would be a nice surprise.”

What CNN Just Told Cable Companies To Do Is Downright EVIL! 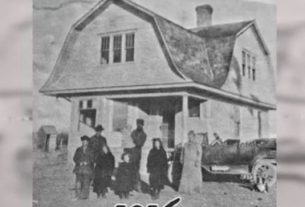 He Found Out His Grandfather Bought His House From Sears, What It Looks Like Now Is…