Skip to content
Home>Uncategorized>WOW! Even CNN Is Telling Pelosi She’s Full Of It! [VIDEO]

There is a certain dignity in being able to admit when you are wrong.

For example, when I was in the military there was something that someone backed me up on where it turned out I was totally wrong. Just completely off on everything.

I end up having to pay for my screwup by doing some kind of extra work, and when I admitted to the person that I was wrong they at least had seen that I admitted I had screwed up. There are some people though, that just will not do that.

Pelosi came under fire this week after video footage showed the congresswoman in a hair salon with wet hair and no mask. California does not allow indoor hairstyling in its current phase.

Pelosi told reporters that she “takes responsibility” not for her actions of breaking the rules, but for listening to the hair salon staff who allegedly told her that one person is allowed inside at a time. Pelosi indicated that this was a “setup.”

Lemon responded to her comments by saying that everyone should know the rules this far into a pandemic.

“This far into the pandemic this House Speaker should know what is safe and what isn’t,” Lemon said. “We should all know. It’s our responsibility.”

The liberal anchor continued, “Instead of claiming a setup, it would have been just as easy for the speaker to say, ‘You know what, I messed up. I should have worn a mask indoors.’”

“This far into the pandemic, the House Speaker should know what is safe and what isn’t … Instead of claiming a setup, would have been just as easy for the Speaker to say, you know what — I messed up.” – @DonLemon on Nancy Pelosi calling controversial salon incident a “setup.” pic.twitter.com/5dhbFXjY6f

In an interview with Fox News’ Tucker Carlson, salon owner Erica Kious said Pelosi’s visit was a “slap in the face” to her. 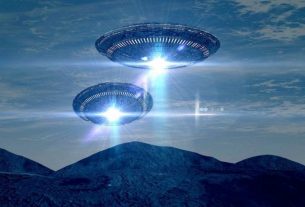 The Pentagon Is Spending Even More Of Your Money Studying UFOs! 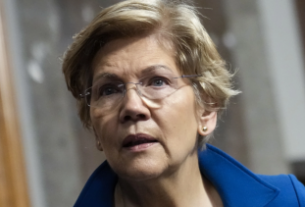 Ted Cruz Just Took Lizzy Warren And Ripped Her A New One!