Skip to content
Home>Uncategorized>A Liberal Actress Just Said Russia Should Be Kicked Out Of NATO….Just One Problem With That…

On Friday, in a tweet that has since been deleted, actress Patricia Arquette suggested that Russia should be removed from the North Atlantic Treaty Organization (NATO), an alliance of which Moscow has never been a member.

Two decades ago, Russian President Vladimir Putin broached the possibility of his country joining the club. However, the country never joined NATO, which has only strengthened in recent years as Russian aggression has become Europe’s single greatest threat to peace.

Arquette’s response was to a tweet that claimed that the Russian army at the Zaporozhskaya nuclear power plant laid explosives around the facility in a bid to “blackmail the whole of Europe.”

MK-Ultra tweeted: “Staff at the Zaporizhzhia nuclear power plant in Ukraine sent a message to Ukrainian media and government authorities warning that the Russian troops that took the plant are now laying down explosives around it in order to “blackmail the whole of Europe.”

After tweeting, the liberal actress then was ridiculed on social media, however, following the gaffe, Arquette quickly deleted her tweet.

Later, she claimed that she was confused between NATO and the UN and blamed it on her dyslexia.

“I’m dyslexic. It’s in my bio and has been for years. A couple 14 hour work days laters and I flipped NATO and UN. You will live,” The actress tweeted.

I’m dyslexic. It’s in my bio and has been for years. A couple 14 hour work days laters and I flipped NATO and UN. You will live. pic.twitter.com/VIV2Un5Zo1

Arquette’s Twitter bio, on the other hand, makes no mention of her being dyslexic.

Following the True Romance star’s tweets, many users made some comments about her:

“Patricia Arquette is another level kind of IDIOT!! I’d LOVE to see her go toe to toe with Tucker or Hannity! Would be wildly entertaining!”

“I love Patricia Arquette, huge fan of her TV and film work. Huge crush on her too. But damn, if this is not an example of why you shouldn’t listen to celebs when it comes to politics I don’t know what is. What an idiot,”

Trump’s Surgeon General Has Been Savagely Attacked By Biden’s People! 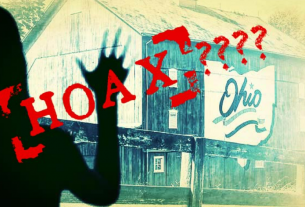