After she refuses to follow COVID-19 rules mandating mask-wearing, the state senator is now on ban on Alaska Airlines.

Alaska Airlines operates the only regular flights between her home north of Anchorage and the state capital in Juneau. This restriction on Republican state Sen. Lora Reinbold will make her job more difficult

“We have notified Senator Lora Reinbold that she is not permitted to fly with us for her continued refusal to comply with employee instruction regarding the current mask policy,” spokesman Tim Thompson told the Anchorage Daily News on Saturday, adding that the suspension was effective immediately.

Reinbold said she had not been notified of a ban and that she hoped to be on an Alaska Airlines flight shortly.

It was last week when Reinbold was recorded in Juneau International Airport arguing with Alaska Airlines staff about mask policies. A video posted on social media appears to show airline staff telling Reinbold her mask must cover her nose and mouth.

Whoa! A source just sent this video of Sen. Reinbold at the Juneau airport. She was refusing to wear the mask and the police got involved! She’s also filming @AlaskaAir employees and asking for their names. Hyper loose. A second video is below. #akleg pic.twitter.com/EfaoSU3K9k

Reinbold told the newspaper that had been inquiring about a “mask exemption with uptight employees at the counter.”

The ban meant Reinbold on Sunday had to drive more than 14 hours, including a portion of the trip through Canada, and take a ferry to reach Juneau on Monday, where a bill she opposes that would extend Gov. Mike Dunleavy’s emergency powers during the coronavirus pandemic is scheduled for action.

She wrote on Facebook Sunday night that she had gone to “new heights” to serve Alaska. “I am keenly aware of the monopoly in air transport to Juneau that needs to be reviewed! … Nothing could get in the way to be in the Capitol to fight to executive branch infringement on the legislature & defending your rights by trying to stop HB76 which is on the Senate floor tomorrow!” Reinbold wrote.

Alaska Airlines suspended Reinbold from flying after “her continued refusal to comply” with the mask policy, the company said in a statement Sunday.

The airline told CNN in a statement that they have notified Reinbold of their decision.

“This suspension is effective immediately pending further review,” Alaska Airlines spokesman Tim Thompson said in the statement. “Federal law requires all guests to wear a mask over their nose and mouth at all times during travel, including throughout the flight, during boarding and deplaning, and while traveling through an airport.”

Reinbold said she was “reasonable with all Alaska Airlines employees” in a statement posted to her Facebook page, and felt the airline should have kept the issue confidential until further review.

“I inquired about mask exemption with uptight employees at the counter,” Reinbold said in the statement. “I learned about (Alaska Airlines) decision before I knew there was even an inquiry and before I had a chance to talk to or discuss this with anyone at Alaska Air,” she said. Reinbold said she didn’t receive a warning per their policy.

In the video, an airport official can be heard requesting that Reinbold wear her mask so that it is covering her mouth and nose.

Whoa! A source just sent this video of Sen. Reinbold at the Juneau airport. She was refusing to wear the mask and the police got involved! She’s also filming @AlaskaAir employees and asking for their names. Hyper loose. A second video is below. #akleg pic.twitter.com/EfaoSU3K9k

Reinbold has been critical of the Covid-19 public health policy and has used her position as the chair of the Alaska Senate Judiciary Committee to hold hearings on whether restrictions are constitutional.

“Transparency, accountability, and basic information looking at the impacts of the disaster declarations are being denied or delayed at this time by Dunleavy,” Reinbold wrote on her Facebook page on January 30 after the governor’s office declined to participate in an upcoming hearing on his disaster declarations.

In March, Dunleavy told Reinbold that she would get no further cooperation from his administration after she repeatedly questioned the constitutionality of Covid-19 restrictions.

“It is clear you have abdicated the tenets of your oath as a public servant,” Dunleavy wrote in a letter to Reinbold which his office shared with CNN.

“You have used your position as a member of the Alaska State Senate to publicly misrepresent the State of Alaska’s response to a global health crisis,” Dunleavy said in the letter to Reinbold. “You impugned the motivations of unelected and non-political employees working for the State of Alaska were baseless allegations that, on multiple occasions, were demonstrated to you to be false.”

Dunleavy also disputed Reinbold’s suggestion that the government might declare martial law to implement restrictions, or that Alaskans would be forced to take the Covid-19 vaccine. 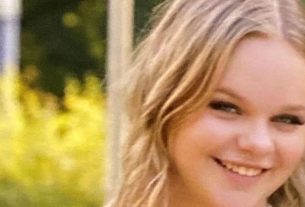 Where They Found This Missing Elderly Couple Is Absolutely Heartbreaking!