Buckle up because the worst is yet to come…Thanks to the inept leadership of Biden’s regime for making it possible.

With an enormous budget surplus, high gas prices, and ongoing inflation, Democrats are trying to get money back in the pockets of drivers and voters in California, but can’t at all agree on a plan.

Yes, you read it right! California is set to raise the tax on gasoline at the end of the month. TAKE NOTE: in the middle of high fuel costs and rising inflation. Don’t know if these Democrats are in their right mind…

Will the TAX collected to be given to Ukraine to support the war? Just asking, because they might…

Golden State’s sky-high gas prices are set to tick up even more due to a scheduled increase to the excise tax rate in July, which will tack nearly 3 cents per gallon onto prices at the pump. On Wednesday, drivers were already paying an average of $6.44 for a gallon of regular gas, compared to the national average of $5.01.

Sad to say some leading Democratic legislators aren’t going for these two options to help their constituents. In fact, they won’t delay the tax, nor they would give Californians a rebate using the state’s budget surplus to hold off on the tax is up for debate.

“They think it’s possible that gas suppliers could eat up those savings and not pass them on to consumers. And also because they went through a very, very harrowing political battle when they passed this gas tax increase back in 2017.”

More details of this report from The Dail Wire:

California Governor Gavin Newsom has pushed for a proposal to send $400 cards to California drivers to help with the costs, but the measure hasn’t gotten support in the Democrat-controlled state legislature. However, Hoeven noted that some legislators aren’t in favor of Newsom’s strategy and would rather give $200 checks to people based on income level.

“They say that leaves out the most vulnerable Californians, people who may not be able to afford a car and people that rely on public transit, and people that are feeling price hikes for groceries and other things in life,” Hoeven said.

The average price of gasoline in the county is currently $4.98, as of June 20, according to AAA. In California, the average is almost $6.34.

Californians have been struggling under high gas prices for some time, due in part to California’s excessive regulations placed on gas producers and importers.

As The Washington Post reported, California’s Air Resource Board has specific rules for chemicals such as benzene, formaldehyde, and sulfur, which impacts how gas importers and producers can operate. Due to the red tape, California brings in a lot of gas from the Middle East, Patrick De Haan, GasBuddy’s head of petroleum analysis, said, per the outlet.

The cost of diesel in the state is also putting pressure on industries and consumers. The current average in California is $6.99, and diesel is already taxed at 13% in the Golden State.

Over the weekend, gas costs went down minimally in areas around the state. In L.A. County, the cost of regular gas went down for the sixth time in the previous week, but it still was at $6.422 as of Sunday.

Democrats Have Begun Another Push To Kill Your Second Amendment Rights! 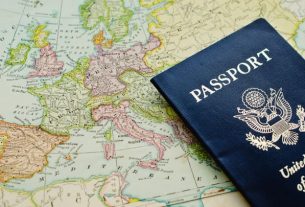 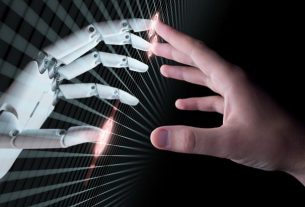 Google Just FIRED An Engineer For Creating A Sentient Robot!