After receiving her second Pfizer Covid last April 16, a Nashville young mother is now in a hospital and unable to walk.

Nashville resident and mother of three, Brandy Parker-McFadden said that after hours on her second dose vaccine an unusual sensation began in her legs.

“Our youngest is like, ‘Are you ever going to walk again?’ We just reassure him this is extremely rare,” she said.

“Then it turned into a horrible neck pain, and it just kept getting worse and worse,” Parker-McFadden said.

Her husband, James, knew something was wrong.

Brandy was soon in agony with horrible neck pain and it kept getting worse.
“She was screaming in pain. She is pretty stoic. That’s what created the sense of urgency,” her husband James told WKRN.

Her husband immediately rushed her to the emergency room at Vanderbilt, and then the unimaginable happened.

“I’m holding her hand, and her hand is limp throughout the whole thing while she’s screaming in pain,” remembers James, “And all the test results are coming back negative.”

After ten days, Brandy can move her arms again and wiggle her toes. She will now undergo intensive physical therapy, though she is unsure if she will ever be able to walk again.

“I’m going to fight. I’m a fighter,” Brandy said with a determined look.

Brandy is no stranger to showing strength when faced with adversity. She’s turned her diagnosis of epilepsy into a non-profit called My Epilepsy Story.

She regularly advocates for women’s health issues, awareness, and support for doctors which is why she feels sharing this experience is crucial.

“It’s a very rare, rare thing to happen. However, we need to report those rare things because otherwise, we won’t have trust in the medical field,” said Brandy.

“All of these symptoms are temporally related to the COVID vaccine, raising concern for a vaccine reaction which has been reported to VAERS for investigation.”

Brandy wants to be very clear; she isn’t saying don’t get your vaccine. She wants people to be aware of the signs and speak up if they don’t feel well.

“If you’re hesitant, I tell people to call your doctors because it is extremely rare.”

WKRN reached out to Pfizer. The company released the following statement:

“We take adverse events that are potentially associated with our COVID-19 vaccine, BNT162b2, very seriously. We closely monitor all such events and collect relevant information to share with global regulatory authorities. At this time, our ongoing review has not identified any safety signals with paralysis and the Pfizer-BioNTech Covid-19 vaccine.

To date, more than 200* million people around the world have been vaccinated with our vaccine. It is important to note that serious adverse events that are unrelated to the vaccine are unfortunately likely to occur at a similar rate as they would in the general population.”

Scientists are still cataloging rare potential side effects of COVID-19 vaccines. AstraZeneca’s shot in Europe and Johnson & Johnson’s product in the US were both paused while regulatory panels investigated rare but potentially deadly blood clots.

Both vaccines are now being used again, but patients are advised there is a slim but non-zero chance of that complication.

It was nearly 2020 when the Pfizer vaccine was developed and went through three phases of clinical trials in the U.S. with more than 43,000 participants and no reports of paralysis. More than 120 million Pfizer doses have been given in the US so far, according to Our World in Data.

As suggested by CDC, people can avoid the Pfizer vaccine if they’re allergic to any of its ingredients or they have had allergic reactions to vaccines before.

A Monarchy of Grapes: Five of the Most Remarkable Facts You Should Know About the Cabernet Sauvignons 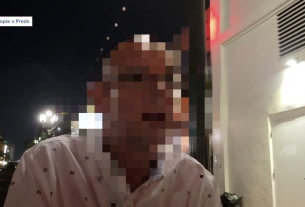