Skip to content
Home>Uncategorized>AOC Tried To Claim Trauma, And It Backfired HORRIBLY!

Rep. Alexandria Ocasio-Cortez said that she was traumatized and opened that her mental health, after the Jan. 6 riots on the U.S. Capitol and the “active insurrection” attempt by former President Donald Trump.

In an interview on a Latino USA podcast on Friday, the New York congresswoman shared about being in therapy to cope with the trauma she experienced during the insurrection. “You have this transition period of escalating violence, which culminated on the 6th, for which was an extraordinarily traumatizing event that’s not being discussed,” she said.

“After the 6th, I took some time and it was really [Rep.] Ayanna Pressley when I explained to her what happened to me, like the day of, because I ran to her office,” AOC explained. “And she was like, ‘You need to recognize trauma. And this is something that you went through, but we’re all going through. And it’s really important to pause after that because that’s how you process it.’ ”

Ocasio-Cortez said she “learned this the hard way,” comparing the aftermath of Jan. 6 to coping with the death of her father when she was in college. “That happened at a young age, and I locked it away,” the Boston University alum continued. “I had to live with that for years, and so, I learned my lesson then. And now, I feel like I’ve had to take a beat.”

Dave Rubin of “The Rubin Report” reacts to a recent Latino USA interview in which Rep. Alexandria Ocasio-Cortez revealed that she is in therapy because of her “extraordinarily traumatizing” experience during the Capitol riot on Jan. 6. She also reportedly claimed that by being on U.S. Capitol grounds that day, members of Congress effectively “served in the war.”

Ocasio-Cortez was bashed online after clips from the Latino USA interview made the rounds on social media.

AOC doesn’t know what it’s like to come under attack by machine gun fire, mortars or RPGs. She hasn’t seen the horror of roadside IED explosions on bystanders & children. She hasn’t lost fellow soldiers on the battlefield or seen friends permanently disfigured by Taliban attacks.

Watch it here: The Rubin Report/Youtube 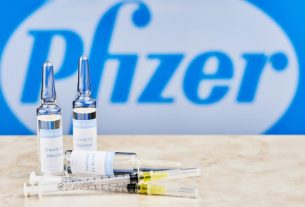 Dems Just Realized How Badly Joe Biden Is Ruining It All And They Are LIVID!