BOMBSHELL audio was just leaked from a from an ‘anti-Trump protest group meeting’ that exposes activists and anti-Trump group ‘Indivisible’ discussing the best way to create a hostile environment at the town hall with Republican Sen. Bill Cassidy in Louisiana this weekend.

According to The Daily Caller:

The audio reveals the activists laughing about “the poor people of Breaux Bridge” — local constituents — who might get stuck behind them. Local news coverage of the town hall said that “many attendees were turned away” from the town hall due to “capacity restrictions.” 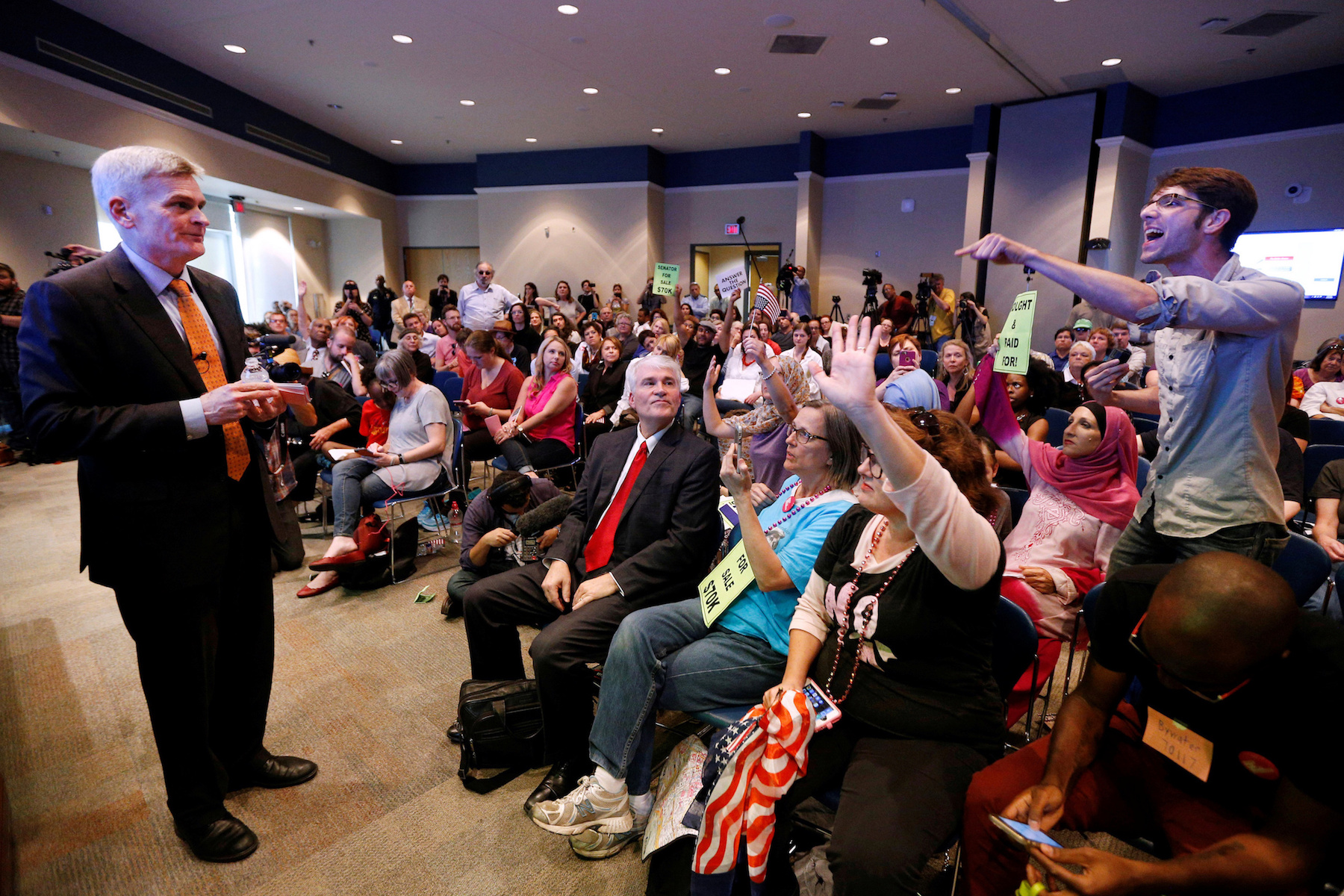 Here is some of what can be heard on the tapes:

“Game plan number one is to fill as many seats as we can, right? If it’s all of us in there and the poor people of Breaux Bridge are sitting behind us, well then tough luck for them,” His “poor people” comment drew laughs from the other activists.

“If we can arrange it so he doesn’t hear one sympathetic question–great. That only magnifies our impact.”

“The outside team will join the inside team in the hall after media coverage, so what we’ll do is we’ll try to dominate enough, because–remember, the camera people especially are looking for some ‘b-roll’ and some quotes.”

“They’ve got three or four things to cover that day, this is just one of them, so we make sure we give them the coverage they want, and then everyone breaks and goes inside.”

Video from outside the event posted on YouTube shows protesters chanting, “Love not hate, that’s what makes America great.” One woman appears to be reading the chant from a script.

The activists can be heard in the audio referencing a partner group’s protest of Sen. Cassidy in Metairie, Louisiana, as a possible source of inspiration. Protesters at that event booed the name “Jesus” during the opening prayer.

The protesters then repeated their booing and heckling throughout the Pledge of Allegiance.

4.7 Million Voters Just Signed A Petition For The Electoral College To Change Votes From Trump To Hillary….Could It Happen?