It was previously reported that Hunter Biden’s laptop was turned over to the media by the computer shop owner who discovered the shocking contents when looking into the laptop “President” Joe Biden’s son left in his repair shop for over a year. The owner of the computer repair shop claims he contacted the FBI when to give them access to the bombshell laptop, the FBI, however, appeared to have no interest.

In 2016, the former FBI director Louis Freeh gave $100,000 to a private trust for Joe Biden’s grandchildren and met with the then-Vice President.

The email’s content suggested that Freeh was trying to establish a future business relationship with Biden – and the White House has failed to disclose to DailyMail.com whether Joe Biden discussed private business with Freeh while in office.

Twitter went out of their way to shut down or suspend accounts that dared to report about the New York Post bombshell revelation only one month before the election. Gateway Pundit, who also received a copy of Hunter Biden’s laptop, has been permanently suspended from Twitter.

When Joe Biden was asked about his crack addict son’s laptop and the New York Post article, he snapped at the reporter, calling it a “smear campaign.”

I asked Joe Biden: What is your response to the NYPost story about your son, sir?

He called it a “smear campaign” and then went after me. “I know you’d ask it. I have no response, it’s another smear campaign, right up your alley, those are the questions you always ask.” pic.twitter.com/Eo6VD4TqxD

The dishonest mainstream media refused to report about the laptop and sources like 100 Percent Fed Up who reported about it were accused of spreading fake news by Facebook’s dishonest “fact-checkers.”

The Daily Mail dropped another incredible bombshell related to the findings on Hunter’s laptop – Former FBI director Louis Freeh gave $100,000 to a private trust for Joe Biden’s grandchildren and met with the then-Vice President in 2016 ‘to explore with him some future work options’, emails reveal.

According to the messages, obtained by DailyMail.com from Hunter Biden’s abandoned laptop, the former FBI director was working for three foreign businessmen and officials at the time, who were all later convicted of various corruption charges, including a multi-billion-dollar ransacking of a Malaysian wealth fund.

The 71-year-old, who served as FBI director under Bill Clinton and George Bush, ran a consultancy firm with highly controversial clients including a now-jailed Malaysian prime minister who stole billions of dollars from his country, a Romanian real estate tycoon convicted of bribery, and a French-Israeli diamond magnate later convicted of bribery and a $145 million property graft.

Freeh, a former judge, emailed Joe’s son Hunter Biden in 2016, revealing he had spoken with the Vice President and proposed that they work together on private ventures once Biden left office.

Former FBI Assistant Director Lewis Schiliro, and Robert O’Neill, a former Navy SEAL Team 6 member who claimed to have killed Bin Laden, were both also listed as partners on the site earlier this year, but their names have since been removed.

What Happened To Afghanistan’s Former Finance Minister Is… 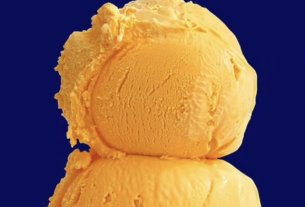 They Went LIVE, And Fauci Was FORCED To Sit And Take It…