Of course, Obama and Biden’s people are doubling its effort to make sure President Trump won’t be able to run for office in 2024.

Over the weekend, one of Obama’s cronies who is well-known for his corrupt practices as an Attorney General, Eric Holder, appeared on “Face The Nation.”

He just tells the world that he is one of those people who will stop President Trump at all costs.

Holder gives the game away behind the J6 effort, a collaboration between a corrupt congress and a corrupt justice dept, when he states that Donald Trump should be indicted by Merrick Garland later this summer.  “Given what we have learned, I think he has to be held accountable.”

Have you ever wondered what exactly Holder ‘learned’ and how he learned it? Here’s what Conservative Treehouse revealed:

The intention of the J6 committee is to create a legal path to interfere in the 2022 mid-term election and simultaneously target Donald Trump (and others) for prosecution, in order to keep him/them out of office.  The J6 effort is lawfare in its purest form.

When they see 10,000+ people show up to every single MAGA rally and event, the political operatives in both wings of the UniParty in DC know they must take action.  The system rulers are attempting to protect themselves from the people they claim to rule.

Holder has a record of corruption so it’s not surprising that he would be involved in the Jan 6 sham like he was in the Russia collusion sham.  People like Holder and his corrupt associates never should have been allowed in the Justice Department because it no longer resembles justice.  These people are crooks arresting the good guys. 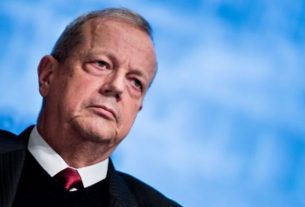 Dad and Son Face Imminent Death At The Hands of ISIS, Then Comes A SHOT No one Heard