Let’s just say that this week’s Democratic National Convention is going to be super interesting, given the response that outgoing Chairwoman Debbie Wasserman Schultz got on Monday morning.

Schultz announced her resignation from the DNC on Sunday in the wake of the leak of emails bashing the Bernie Sanders campaign. But she then incredibly got a promotion of sorts…Debbie will now serve as an chair on the Hillary Clinton campaign.

But on Monday, Schultz, who represents Florida in Congress, tried to speak to the state’s delegation to the DNC — her own people, some of whom she handpicked — and it wasn’t pretty: 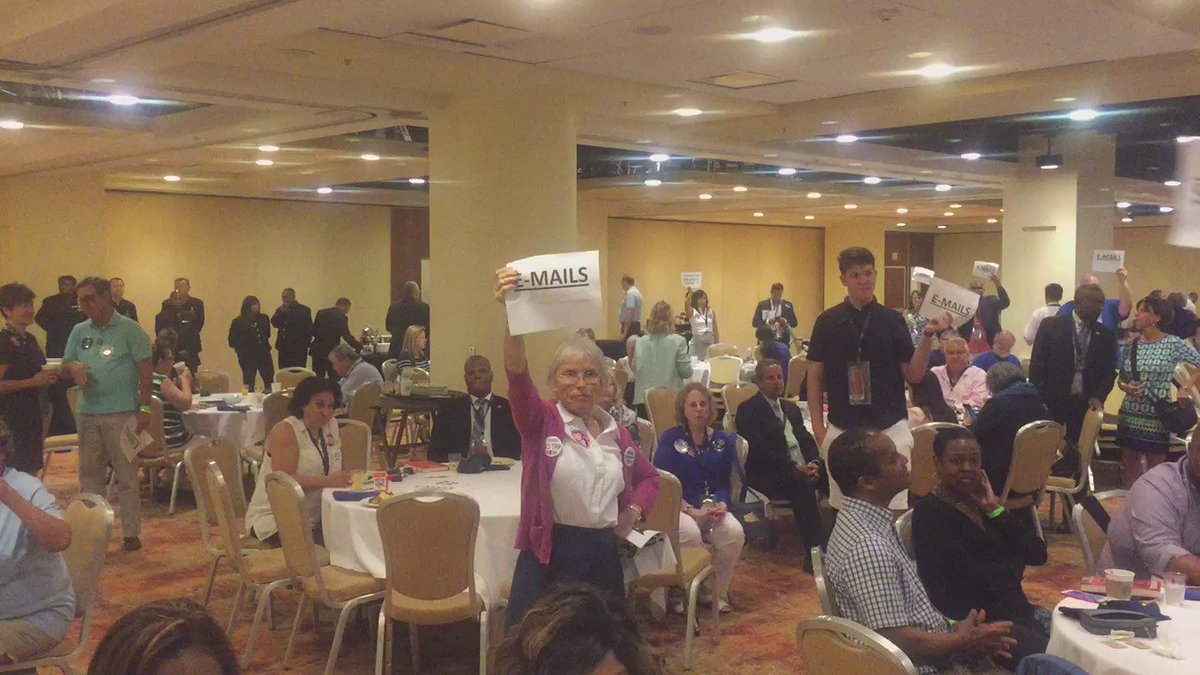 Watch the chaotic scene below:

Amazingly…even after that hostile scene, the libs at MSNBC tried to spin it as a “mix of cheers and boos”.

But network bigwig Andrea Mitchell instantly revealed the truth, telling the stunned anchor Debbie was “booed off the stage:

Ambassador Stevens Bodyguard Reveals What His Last Words To Him Were