Skip to content
Home>Uncategorized>Dementia Joe Has LIED And Snuck Back Into Afghanistan!

President Joe Biden has ordered B-52 bombers and Spectre gunships in a desperate attempt to slow the advances of Taliban terrorists who are advancing towards three key cities.

This happens shortly after announcing the departure of US troops from Afghanistan.

“Taliban’s gathering was targeted by B-52 in Shebergan city, Jawzjan province today evening at 6:30 pm. The terrorists have suffered heavy casualties as a result of US Air Forces airstrike,” Afghan Defense Ministry spokesman Fawad Aman said on Twitter.

They are being supported by the AC-130 Spectre gunships which are armed with a 25mm Gatling gun, a 40mm Bofors cannon and a 105mm M102 cannon – which can provide pinpoint accurate fire from the air.

The aircraft are deploying from a US airbase in Qatar and will be joined by unmanned reaper drones in their assault on the insurgents. Their efforts will focus on 3 key cities that are currently being attacked – Kandahar, Herat, and Lashkar Gah.

US sends in B-52 bombers and Spectre gunships to bombard the Taliban https://t.co/ywxmI4hSTu

The Taliban mobilized a military campaign and has been quickly gaining control of more territory after Biden began pulling US forces out of the country. The announcement to withdraw was made only after America’s standing in the region had been weakened by months of horrible foreign policy, which laid the groundwork for these terrorists to start taking over.

Biden defended his timing by claiming that the Afghan government had the ability to handle the threat themselves, saying that they are “better trained” and “more competent;” Clearly something that has not proven to be true.

“Do I trust the Taliban? No,” Biden said. “But I trust the capacity of the Afghan military, who is better trained, better equipped, and more and more competent in terms of conducting war.” Biden said to NPR.

China-Joe’s questionably-timed decision also opened the door for President Xi to step in and fund the Taliban’s rein of terror. Once Trump was out of the way and couldn’t hold them accountable, China gave $62 Billion in a bid to further their ‘belt and road’ initiative.

The insurgents have accelerated their efforts over the past week and the departure of troops has emboldened them like never before.

On Friday, in one of the most active days since beginning their campaign, terrorists violently overtook the provincial capital city of Zaranj in Nimroz. A large prison that is located there was surrendered to the invaders and they managed to release all of the prisoners.

On the same day, a group of Taliban gunned down the Afghan government’s chief media officer, Dawa Khan Menapal, in a brutal assassination in nearby Kabul.

The situation has gotten so bad on the ground that the US embassy in Afghanistan has issued a Level 4 “do-not-travel” warning and is urging American citizens who are still in the country to leave “immediately.” They even provide details on the possibility of a US evacuation flight taking place.

The Travel Advisory for Afghanistan remains Level 4-Do Not Travel due to crime, terrorism, civil unrest, kidnapping, armed conflict, and COVID-19. Domestic flights and ground transportation routes outside of Kabul are severely limited and subject to cancellation or closure.

In the event of a future official evacuation flight, the Embassy would notify U.S. citizens enrolled in STEP of available assistance. However, the Embassy reiterates that U.S. citizens should leave Afghanistan as soon as possible using available commercial transportation and not plan to rely on U.S. government flights.

“Its getting worse day by day here”

The completely untenable situation in Afghanistan is yet another example of the worldwide turmoil that has been ramping up since Biden fraudulently took office in November. Millions of people are experiencing crisis in their home countries as they fight for freedom against the globalists and their new world order.

Unfortunately, instead of setting the example that leads the rest of the world, America is being sold out by its leaders who swore an oath to protect it.

Reality Has FINALLY Sunk In For Sleepy Joe! 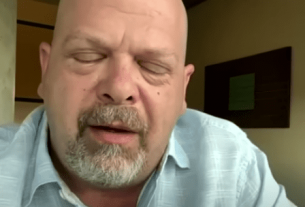