This for me was a highlight of the debate, I remember this happening and being in the news.

So when they discussed it I knew instantly this was false and it took very little to locate articles about the issue.

You can see below from an article at the Business Insider.

Hunter Biden’s tumultuous personal life became tabloid fodder during and after his father’s time with the administration.

He sparked confusion when he, then 44 years old, enlisted in the Navy Reserves in 2012, less than two years before reports broke that the Reserve discharged him in 2014 after he tested positive for cocaine.

Hunter Biden eventually confirmed the news and said in a statement that it was “the honor of my life to serve in the U.S. Navy, and I deeply regret and am embarrassed that my actions led to my administrative discharge. I respect the Navy’s decision. With the love and support of my family, I’m moving forward.”

After tragedy struck the family through 46-year-old Beau Biden’s death from cancer in 2015, Hunter Biden’s personal life remained in the headlines.

After he divorced his first wife and the mother of his three daughters, Kathleen, the Biden family acknowledged he was dating Hallie Biden, Beau’s widow.

IRAN ADMITS: WE WILL HAVE BIDEN IN OUR BACK POCKET! 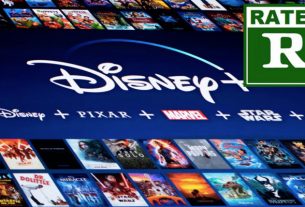 Disney Is Now Adding R Rated Programming To Its Networks!

These Are The Five Foods You Should NEVER Cook In A Cast Iron Skillet!