And Hillary will not like them. After destroying her during the contentious Benghazi hearings, where Trey basically ruined Clinton’s chances to be President… THANK YOU TREY… he has no plans to let her off the hook when Obama leaves office.

“That is your prerogative. It will not prevent this Committee from interviewing all witnesses who can help us write the final, definitive accounting of what happened before, during and after the attacks that killed four Americans in Benghazi and injured others. It will just prolong the investigation.”

What do you think of Justice seeking Trey Gowdy’s plans to continue the investigation into Hillary’s and Obama’s many crimes?

I, for one, am 100% behind the heroic Congressman. 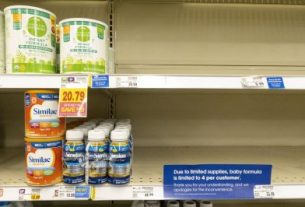 Doctors Have Issued A MAJOR Warning After They Refuse To Open The Formula….

Ted Nugent Just Made A Major Announcement About The People’s Convoy!