Skip to content
Home>Uncategorized>Groping Governor Cuomo Is Getting A SICKENING Going Away Present!

Unless he’s convicted of a felony or a bill passes to amend the state constitution and retroactively claw back the payments, they’ll last for the rest of the resigning leader’s life.

The windfall for Cuomo, who announced his resignation on Tuesday in the midst of a sexual harassment scandal, is coming because he has accumulated 15 years of state service thanks to his 11 years as governor and four years as attorney general, a pension expert said.

Tim Hoefer, president and CEO of the Empire Center for Public Policy, told the New York Post, “So if you’re wondering, without a felony conviction and several other steps, Cuomo would be eligible for his full pension, at taxpayer expense, for the rest of his life.”

The Post said, “The Empire Center crunched the numbers based on Cuomo’s annual pay and years of service and estimated he would be eligible for $4,222 a month in retirement income or $50,662 a year for the rest of his life, currently, a public official could have his or her pension reduced or revoked if convicted of a felony under the ‘Public Integrity Reform Act’ approved by Cuomo in 2011, his first year as governor.”

But resignation for wrongdoing or impeachment does not trigger a claw-back of a public official’s pension.

Legislation has been introduced to impose pension forfeiture for a public official and apply it retroactively. But the measure requires passage of a constitutional amendment and its passage is doubtful.

The Cuomo pension is stuck in the craw of the governor’s critics.

Tracey Alvino said, whose father was infected with COVID-19 in a Long Island nursing home and later died, “The only reason I would support Cuomo getting a pension is if he donated it to the harassment victims or the nursing home families whose loved ones died from COVID because of his policies.”

He said, “Otherwise New York should pass a law denying a pension to someone who resigns in disgrace for misconduct or is impeached.”

Cuomo also cashed in on the COVID-19 virus and pocketing $5.12 million for his memoir on the pandemic.

Cuomo’s “American Crisis: Leadership Lessons from the COVID-19 Pandemic,” published in mid-October as the pandemic still raged on in the state, came out as reports of the governor mishandling the elderly in nursing homes during the height of the virus.

The New York Post reported, “Cuomo’s contract — which he got despite his administration being accused of sending COVID-positive patients back into nursing homes, potentially spreading the deadly virus among the vulnerable elderly there — paid him $3.12 million last year and he was left with a little more than $3 million after editing expenses, according to his tax returns, he’s also set to receive another $2 million this year and next, the returns show.”

But it’s not all gravy for Cuomo. The governor — a darling of the mainstream media throughout the pandemic, which praised him for his handling of the crisis — remains under investigation for nursing home deaths that topped 14,000 and his administration’s alleged efforts to cover them up.

20 States Have Banded Together To Tell Biden To Fix It Now! 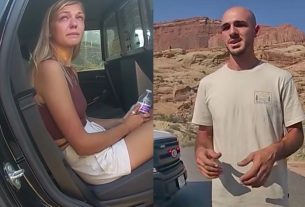