“This guy has got guts,” he added. “And he’s got great people around him.”

Langone then took it a step further: 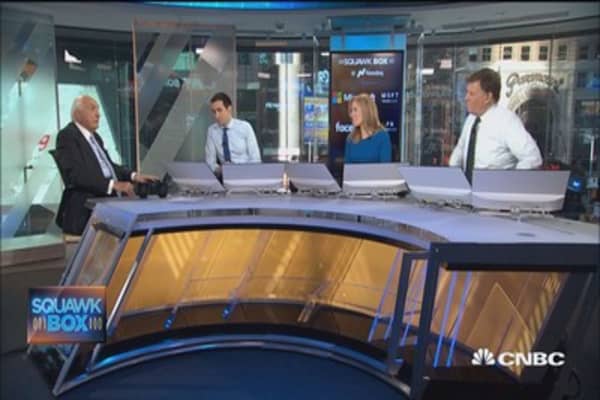 If President Donald Trump is able to keep defying expectations — like he did in the election — and push through legislative changes against great odds, he could go down as “one of our greatest presidents ever,” Ken Langone told CNBC on Monday.

Voters are “fed up,” Langone said on “Squawk Box.” “They did a very dramatic, earth-shattering thing,” and now want results, he said.

“If you guys don’t get your guys into a room and say ‘Guys this is our moment.’ The American people will throw you out too, the next time,” he warned House Majority Leader Kevin McCarthy who also appeared as a guest Monday on “Squawk Box.”

“[Trump] has the capacity to go down as one of our greatest presidents ever” if he’s able to bring about big changes in health care, tax cuts and $1 trillion of infrastructure upgrades, he stated.

The founder and CEO of investment bank Invemed Associates also added something we all were truly thinking.

“The American people elected him president, in my mind, for one reason: they don’t want incremental change. They want major change,”

“I can’t be more excited about a border tax…”

“The border adjustment tax will work … for retailers, but [they’ve] got to think beyond the next quarter or the next six months,”

What do you think about Langone’s statements?

Mouth off in the comments.