Back in 2002, Vice President Mike Pence told The Hill during an interview, that “he will not eat alone with any woman but his wife.” With that he also stated that he tends to avoid events that provide alcohol, only if his wife is absent.

Admirably, Pence has cited his Christian faith as the basis behind his personal decisions.

While many rational people considered this to be nothing more than a chivalrous gesture, angry liberals are now calling him a sexist.

Take for instance, none other than idiot Joy Behar. 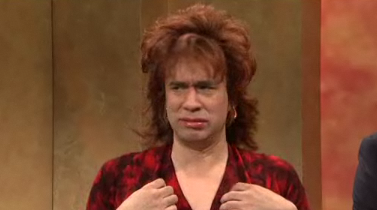 Oh, I’m sorry…that’s someone that looks just like her.

“I have sad news for Vice President Mike Pence groupies out there. All two of you, where are they?” started Behar.

“Apparently he won’t go out to dinner with a woman unless his wife Karen is with him too. And he won’t attend any event where booze is served without her either. Now what is he afraid of?” said Behar.

She and a couple of other View hosts companions teamed up to complain that women will not be able to ‘network’ in the same way that men will be able to with Mike Pence.

However, no one ever expected Jedediah Bila to fire back with a brilliant response:

Check out the video below.