Skip to content
Home>Uncategorized>LEAKED Footage Of What Biden Said About Haiti Will End Him Forever!

Then-Senator Joe Biden said in 1994 that if the entire country of Haiti sunk into the ocean, it “wouldn’t matter a whole lot.”

“If Haiti —a god-awful thing to say — if Haiti just quietly sunk into the Caribbean or rose up 300 feet, it wouldn’t matter a whole lot in terms of our interest,” Biden told PBS host Charlie Rose in an interview about Haiti.

Biden was asked if he thought the Clinton administration would intervene after Haitian president JEan-Bertrand Aristide had been ousted in a military coup.

According to The Daily Wire’s reports on Monday, there was an enormous surge in the influx of Haitian immigrants at the southern border:

Department of Homeland Security Secretary Alejandro Mayorkas is meeting with local officials in Del Rio, Texas, Monday amid concerns that the Biden administration’s border crisis is spinning further out of control, with thousands of Haitian migrants now camped out under a freeway overpass, waiting to be processed by United States Customs and Border Protection (CBP).

The meeting follows a decision, made late last week, to deny most Haitian migrants entry into the United States and expel them directly back to Haiti. Flights from Texas to Port-au-Prince began on Sunday and are expected to continue Monday, according to The Associated Press.

The outlet reported on Wednesday that the Biden administration was allegedly releasing numerous Haitian immigrants into the United States:

The Biden administration is reportedly releasing many migrants into the United States who illegally entered the country in Del Rio, Texas, casting doubt on prior reports that the administration was going to conduct “widescale expulsions.”

“Haitians have been freed on a ‘very, very large scale’ in recent days, according to one U.S. official who put the figure in the thousands,” The Associated Press reported. “The official, who has direct knowledge of operations, was not authorized to discuss the matter Tuesday and spoke on condition of anonymity.” The report noted that the latest development from Democrat President Joe Biden’s border crisis is “undercutting the Biden administration’s public statements that the thousands in the camp faced immediate expulsion.”

“There were more than 14,000 people in the camp over the weekend. On Tuesday, Texas governor Greg Abbott, during a visit to Del Rio, said the most recent tally at the camp was about 8,600 migrants,” Yahoo News reported on Thursday.

And on Thursday, President Biden’s Special Envoy for Haiti, Ambassador Daniel Foote, resigned. His statement read, according to Fox News:

With deep disappointment and apologies to those seeking crucial changes, I resign from my position as Special Envoy for Haiti, effective immediately. I will not be associated with the United States inhumane, counterproductive decision to deport thousands of Haitian refugees and illegal immigrants to Haiti, a country where American officials are confined to secure compounds because of the danger posed by armed gangs in control of daily life. … Our policy approach to Haiti remains deeply flawed, and my recommendations have been ignored and dismissed, when not edited to project a narrative different than my own. 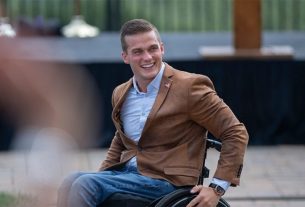 Michigan Witness Speaks Out — Saw the Biden Ballot Dump at 4 AM and Witnessed Tampering with Tabulators! (VIDEO)

WE TOLD YOU SO: A Second Booster Is Here!