Skip to content
Home>Buzzworthy>She’s A Looker!: Meet McGregors HOT Girlfriend, Who Has Stuck With Him When He Had NOTHING

Meet Dee Devlin. The woman who stuck by UFC superstar Conor McGregor when he had ‘absolutely nothing’.

The pair have been together for 8 years and the 27-year-old, who was defeated by Nate Diaz on Saturday night, says he owes his success to her.

Devlin, a 28-year-old from Dublin, now works as an official member of his team and travels the world with him, managing his finances.

He told the Irish Mirror: “My girlfriend has been there since the start. She has helped me throughout this career.

“If it wasn’t for her, I probably wouldn’t be where I am today.

“My girlfriend worked very hard throughout the years and stuck by me when I had essentially absolutely nothing. I only had a dream that I was telling her.” 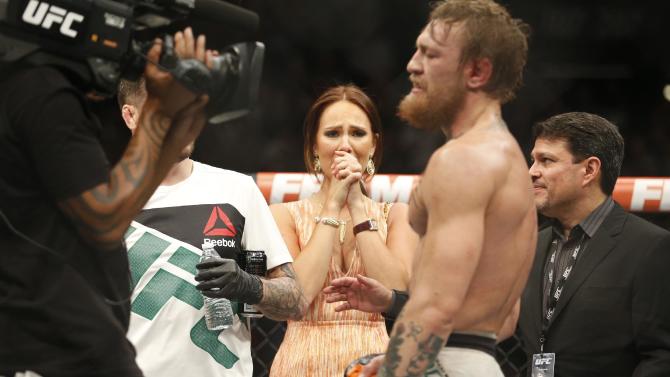 AMEN TO THAT!!: Alton Sterling’s Son Breaks His Silence- Grips The Nation With THIS Statement