Nickelodeon has been caught spreading yet another woke progressive agenda among its kid’s fans.

It’s really sad that our kid’s favorite shows have been used as a tool by progressives to indoctrinate children into the liberal religion and push sexuality onto them, through the LGBTQ agenda that they are constantly integrating into all of their programs.

But soon after releasing the trailer for the upcoming “Monster High: the Movie,” Nickelodeon is facing tremendous criticism for using pronouns to introduce the LGBT characters.

According to reports, Monster High The Movie, the woke movie is airing on Oct. 6. It has already released an interaction between two characters sharing their pronouns with each other in a recent preview.

This live-action musical film is a retelling of an animated web series that began on YouTube in 2010. Nickelodeon’s recent iteration comes out of a 2021 partnership with Mattel Television, which also created a line of dolls of the main characters, who are all teenage monsters. An additional animated series will follow.

In the sneak peek, two of the characters introduced themselves using their respective pronouns. In the clip, Frankie Stein claims the pronouns they/them, and Clawdeen claims she/her.

According to The Gateway Pundit, this is not the first time that Nickelodeon has been criticized for its controversial and woke programming choices.

The Gateway Pundit previously reported that Nickelodeon was facing backlash after releasing a video of a creepy drag queen singing about Pride in front of a trans flag.

Of course, with this one, Nickelodeon went too far for many parents, one of whom asked “is this the slippery slope I was told not to worry about?”

RINO Kinzinger Tried To Land A Shot On A Patriot UFC Fighter And Got Knocked Out! 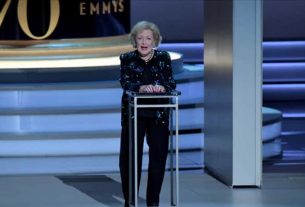 They Just Sold Betty White’s Home, What They Got For It Was….