Skip to content
Home>Uncategorized>Oh Dear, Joe Biden Is Forgetting What Year It Is!

While Biden was while delivering a speech on economic recovery at Tri-C Community College in Cleveland, Ohio, a state where he took a beating in the 2020 election, Joe Biden discussed his plans to take a wrecking ball to the incredible economy he inherited from Trump. The only problem with Joe’s explanation is that, as usual, much of what Joe is telling the American public doesn’t make sense.

During his speech, Joe Biden decided to lay out the facts for the media, telling them, “Let me tell this to the press again—In the 10 year period, between 14 and 24.” Joe paused, closed his eyes tightly, and looked down at the podium, as though he was struggling to get things straight in his jumbled mind. After the brief pause, he continued, “Excuse me…uh…between 10 and 20…2010 and 2020.”

Thanks for clarifying, Joe…

Earlier today, we shared another video of Joe attempting to explain how he may have to raise the 28% tax rate (that’s 21%) to 28% to cover his multi-trillion dollar “jobs” plan.

Fact check: FALSE! The current corporate tax rate is 21%. Under the Trump administration, the tax rate was lowered in January 2018 from 35% to a flat rate of 21%.

The business tax rate is 21% pic.twitter.com/fB7wpRcuZh

It’s time for his wife, Jill, to intercede. I’m sure the perks of being the first lady are great (unless, of course, you’re Melania Trump), but this is getting beyond ridiculous.

It might be considered comical that the Democrats would elect a man that they knew had dementia to lead our nation if it wasn’t so deadly serious.

ALERT: State Getting Ready To RELEASE THOUSANDS OF VIOLENT CRIMINALS Due To “COVID”. 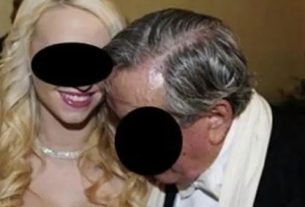 A 68yr Old Man Married A Woman In Her Twenties, What They Discovered About Her Is Absolutely Revolting… 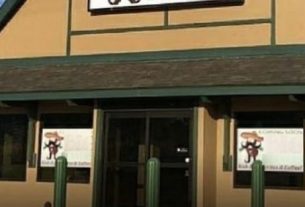 A Restaurant Is About To Open Its Doors, And Liberals Are Dragging Them Hard Over Their Name…