Skip to content
Home>Uncategorized>The Dems Have IMPLODED And Handed The GOP A HUGE Victory!

The “Bipartisan Background Checks Act of 2021,”or also known as HR 8, have passed by House on March 11. The mentioned bill will require a background check for every U.S. firearm sale.

The original plan was to take the legislation in the Senate, but it was stopped last week after the three key senators spoke out against it: Democrats Joe Manchin of West Virginia and Jon Tester of Montana and Republican Susan Collins of Maine.
Stephen Gutowski said that the bill is“dead on arrival”after he spoke with the mentioned senators above.

Gutowski added that the “requirement that licensed gun dealers perform background checks nearly every time someone sells or even lends a gun to another person,” a provision that a senior GOP aide said is a “non-starter.”

The aide said that “Senator Toomey is not interested in playing political games or being an example in a background check exercise. He’s interested in achieving an actual outcome.”

There has been speculation that Democrats may “revive a bipartisan 2013 bill that would only apply background checks to private sales.” Toomey had been a co-sponsor of this bill and “played a leading role in selling the policy to voters and fellow senators,” including four Republicans, Gutowski wrote.

Other staffers with whom Gutowski spoke were not convinced that the Senate could reach an agreement on the 2013 bill. If the filibuster remains in place, any gun control legislation would require 60 votes for passage.

“spend the next several weeks working with both Democrats and Republicans in the Senate to try to craft the strongest background checks bill that can pass.”said by Sen. Chris Murphy, a Democrat from Connecticut, pertaining to him and Schumer on Thursday.

EXCLUSIVE: Senator @ChrisMurphyCT says “I think we have a chance” to pass a gun reform bill that expands background checks. #MTP

According to one GOP staffer the passage of any gun control legislation really depends on Schumer’s willingness to compromise.

“Does Schumer want to actually come to the table and talk about stricter enforcement on straw purchases?” the aide said. “Does he want to talk about some of the gun restraining order proposals that had strong due process checks in them? Or does he just want to keep trying to run up against the filibuster and score political points?”
For the uber-partisan Schumer, I’m afraid it’s only the latter.

The resistance of Manchin, Tester and Collins was a big win for Republicans. Although seven House Republicans voted for HR 8, it’s difficult to imagine there would be sufficient Republican support in the Senate to get to 60 votes. 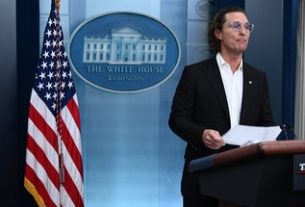 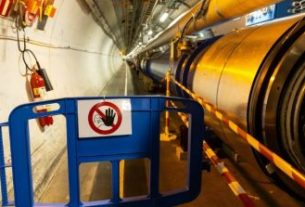 DARPA Just Created Something That Is So Powerful You Can See Through Walls!