Do you ever wonder who started the “Wokeness” and cancel culture? Well, the answer might surprise you!

That question was answered by a trending piece of Human Events, authored by Bill Hurrell, and it was published on January 4th. It was a TV show that is no longer on the air, and one that many say is “cursed” due to all the death, drugs, and suicides — how sadly fitting, right?

Writer Bill Hurrell criticized the musical show Glee in his 6,500 words essay, which ran from 2009 to 2015, for starting a “wokeness epidemic,” accusing it of creating “cancel culture,” the word “problematic,” and, oddly, as if it were a bad thing, the movement to ensure better representation of underserved identities on television.

The piece went viral after it was shared by Jack Posobiec, the publication’s senior editor.

This was a wild piece to work on

The user is now a Hollywood consultanthttps://t.co/iJoAMwzLMn

Now, it makes perfect sense why the author said Glee kicked off the WOKE movement.

This was the show that supposedly broke all the boundaries and had a cast of characters that encompasses all the “WOKE” voices of today in one place, painting them as both victims and heroes… which is the bedrock of the woke movement.

Glenn Beck was all over this issue a DECADE ago. He figured out Glee’s influence way back when – which isn’t surprising since Glenn is known for “getting it” way before issues become mainstream.

I don’t know who needs to hear this but @GlennBeck called out what Glee was doing 10 years ago pic.twitter.com/Jm1AoCo84l

A Hollywood insider wrote a piece on this very topic for Human Events:

To begin with, it would be remiss of me not to note that if any show could claim to be a curse not merely on the United States, but on its own cast members, it would be Glee. No less than three of the show’s main cast died far before their time. Cory Monteith, who played the main romantic lead for the show’s first season, died at 31 of a drug overdose in 2013. Mark Salling, who played football team bad boy Noah Puckerman, was arrested for possession of child porn in 2015, pled guilty to the charges in 2017, and committed suicide in 2018 before he could be sentenced. Naya Rivera, who played the lesbian cheerleader Santana, drowned in the summer of 2020 while swimming with her 4-year-old son. A cloud hangs over Glee, to the point that pop culture sites speak of a “Glee curse.” Short of Macbeth, no other show has acquired Glee’s reputation for inflicting bad luck on its actors.

the absolute most consistent message that Glee drills into its viewers is that its protagonists are supposed to be at the bottom of the high school food chain. They are outcasts, dorks, losers. In fact, one of the show’s few original songs literally brands them “losers” as a point of pride: the triumphal anthem “Loser Like Me” (as in “You wanna be/A loser like me”). However, besides the fact that the cast routinely bursts into perfectly choreographed song and dance numbers in the middle of school, this might be the least plausible part of the show. By the time the first “New Directions” class graduates, they are not only a decorated Glee club, but most of their members are either members of the cheerleading squad, or of the football team, or have had romantic relationships with members of said squad/team. In any real American high school, this would mark the New Directions as anything but social pariahs, and yet we are expected to believe they are marginalized because they…like to sing? Honestly, the show never really justifies why they’re supposed to be outcasts except with the occasional afterschool special-style episode about subjects like homophobia or racism.

Glee was propagandizing wokeness before anyone knew what wokeness was. I don’t think this was conscious. In fact, I think the show was originally meant to be a lot more self-aware, as the first season carries an implicit disdain for its protagonists that utterly vanishes in the second season, where characters return to the screen almost completely rewritten. Kurt, for example, goes from being a cuttingly accurate stereotype of a catty, bitchy gay man, to a Christlike martyr whose suffering for his sexuality is implicitly treated as a metaphor for the suffering of all gay people. What’s more, the plot of the show devolves into incoherence, as episodes become little more than framing devices for the real point of the show: performances of the day’s hits by the Glee club, a trend which arguably hit its nadir when Glee tried to do a cove of the K-Pop hit “Gangnam Style.” If I had to guess what caused these developments, I would assume that the show attracted an audience that was both far larger and far younger than its creators initially expected, and the company making it realized they could monetize it as a promotional vehicle for pop music and liberal social messaging far more easily than as a teen black comedy with singing thrown in. The intersectional nature of the cast was almost certainly nothing more than a cynical play to make sure every potential consumer who watched the show would have their own Glee character to relate to.

Jack Posobiec, the editor for Human Events pointed out that the movie “21 Jump Street” called out “Glee” for turning high schools woke back in 2012.

It’s as if everyone has known that Glee started the WOKE movement for eons now, but we’ve all overlooked or ignored it… to our own peril.

By ignoring what was happening, we sat back while a new slew of “Glee-like” programing has taken over the airwaves, from TV shows, to movies, and even commercials… and as a result, we’re now living in a clown world of wokeness.

The lesson here – don’t ignore anything. 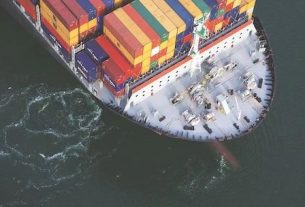 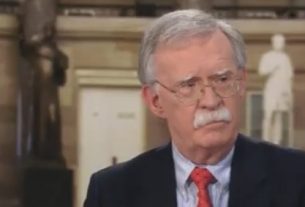 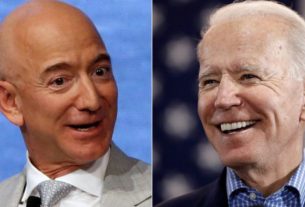 Ouch….Jeff Bezos Just Spoke Up And Ripped Biden A New One!