Skip to content
Home>Uncategorized>They Looked To The Sky And The Last Thing They Saw Was A Hellfire Missile! [VIDEO]

One video has been released that was previously taken in Afghanistan’s Logar province in 2019. It shows how a Hellfire missile and a GPS-guided 155mm M777 Howitzer round strike on a Taliban IED emplacement team.

The source said that before the Hellfire was made they have been already tracking the Taliban fighters the entire day and waiting for them to scout the intended IED location and place a marker for their return.

It was later that night that they found that there were four insurgents who began the planting process. They then decided to wait for the Taliban to finish up before they neutralized the hellfire and a 155mm artillery round.

Funker 530 author Will Killmore, who is a US Army combat infantry veteran said:

Coordinated fires are an interesting concept. It requires both firing units to remain in close contact and know the time of flight for each of their munitions. Depending on the distances to the target, the artillery round may take longer to get there than the hellfire if fired at the same time, so the pilot will have to do the math in advance to know how many seconds he must wait until after the artillery round is fired before firing the hellfire in order for them to reach the target at the same or close to the same time. The results are both impressive and effective as demonstrated by the video. 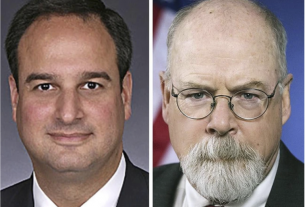 There’s Actually Some GOOD News About The Sussmann Verdict!

What The Chinese Just Launched In The Air Could Spell Doom For All Of Us!