Skip to content
Home>Uncategorized>They Were KILLED When A Car Battery Caught Fire, A Just Handed Down A HUGE Judgement Against….

On Monday, a federal jury in Florida has given Tesla a tiny piece of the blame for a fiery 2018 accident that left two teenagers dead.

Although Tesla only bore 1% of the blame for the death of two teens in a fiery car crash the company is still on the hook for $10.5 million.

Barrett Riley, who was just 18 when he crashed his Model S sedan into a concrete wall at 116 mph in 2018, died at the scene. One teen passenger also died, while the third survived.

His parents sued the electric carmaker when they learned it had deactivated a governor they had installed to prevent their son from speeding.

Though jurors found Barrett Riley 90% responsible and his father 9% responsible for the crash, it awarded James Riley $4.5 million and Jenny Riley $6 million.

More details of this tragic incident and court ruling from the NBC News report:

A federal jury in Florida has found Tesla negligent in a 2018 crash that killed two teens and found one of the teens 90% responsible for his role in the collision.

The jury awarded $10.5 million in damages. It was not immediately clear how much of that amount Tesla will be required to pay based on the assignment of responsibility for the crash. Plaintiff James Riley alleged Tesla was responsible for the death of his son, 18-year-old Barrett, and Barrett’s friend because batteries installed in the 2014 Model S sedan the teen was driving ignited after the electric car crashed in Fort Lauderdale, Fla.

The teens were obviously mostly to blame, as they were reportedly traveling at 116 miles per hour, far too fast for safety.

Riley said Barrett and the other crash victim, 18-year-old Edgar Monserratt Martinez, initially survived the collision when the Tesla’s airbags deployed but died after the car caught fire.

Turns out, it’s not just that EV batteries are pretty horrible to deal with if you’re going on a road trip, are just about useless for driving a truck pulling a trailer (the electric truck didn’t even make it 100 miles in a towing contest!), and might be putting vulnerable people in danger thanks to how long one has to spend charging an EV at potentially dangerous gas stations.

While all those are problems, there’s another problem with electric vehicles that many people don’t consider when deciding between a combustion engine vehicle and an EV: if the battery catches on fire, as it very well might following a crash, that lithium fire burns hotter than the ninth circle of hell and is quite difficult to put out.

Tesla’s negligence was, however, unrelated to the batteries. Here, it was a Tesla technician that removed the speed limiter without the parent of one of the teens knowing, which led to the court’s negligence ruling.

Still, whether Tesla was negligent in the case of the batteries or not, the sad events of that crash show yet another problem with EVs that many don’t consider: if you survive a crash in one (as you very well might, Tesla’s are generally very safe), you might still die if the batteries catch fire and turn your car into a Dantean hellscape.

Such a battery fire tragically killed two teens in 2018; though they survived the car crash (to be fair, Teslas do have superb safety ratings), the teens were killed when the battery caught fire, burning to death in the wrecked vehicle.

This Man Was Attacked By ANTIFA THUGS And He Was The One That Got ARRESTED! 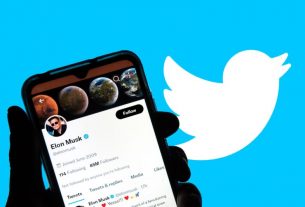 BREAKING: This Is The Reason Why Elon Musk Is Backing Out Of The Twitter Deal…