These Democrats will surely lose the midterms but Nancy will definitely do something to make things turn around at least.

Nancy Pelosi has announced Thursday on her weekly press conference that ‘chunks’ of President Joe Biden’s stalled $2 trillion Build Back Better package may be renamed to ensure the legislation would pass before the 2022 midterms, Breitbart reported.

Pelosi acknowledged she “may have to rename” the package to accommodate Biden’s thinking that the package should be passed in “chunks” instead of one lump sum.

“Chunks’ is an interesting word,” Pelosi said about Biden’s comments on Wednesday. “What the president calls ‘chunks’ I hope would be a major bill going forward. It may be more limited, but it is still significant.”

Passing big money items is the key for Democrats to prevent Republicans from sweeping the November midterms, reports have revealed.

With that being said, Pelosi claims that the BBB bill is a package of reconciliation and it only requires 60 Senate votes, considered to be fast-tracking procedural constraints only allow items that impact the fiscal budget.

She added, “This is a reconciliation bill, So when people say, ‘Let’s divide it up,’ they don’t understand the process.”

Global Warming, Free Pre-K, and Obamacare repairs are some of the factors why Pelosi relies on this funding and reportedly be supported by Sen. Joe Manchin (D-WV), a needed vote in a 50/50 Senate.

Pelosi just proved how desperate their party is right now, especially it’s been reported that Senate Democrats are looking to pass another massive $68 billion stimulus package and claimed that Senate Republicans are reportedly ready to work with them.

RINO’s are on the move. 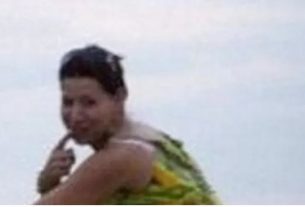 Their Principal Took A Picture So Sickening Their Parents Pulled Them Out Of School Immediately….