Skip to content
Home>Radical Islam>YO, ISIS: Trump’s Coming… And HELL’S Coming With Him (It’s ON!)

Draining the Swamp, CHECK! Economic boom….CHECK! Next up on Trump’s list: ISIS.

With President Trump keeping to nearly all of his election promises, the deployment of troops to strengthen our forces in Syria is in full effect..and is HORRIFYING news for Obama’s J.V. team!

FINALLY! A President with an administration that is taking the severe global threat of Islamic terror seriously,  and utilizing our servicemen effectively.

America is back, world! 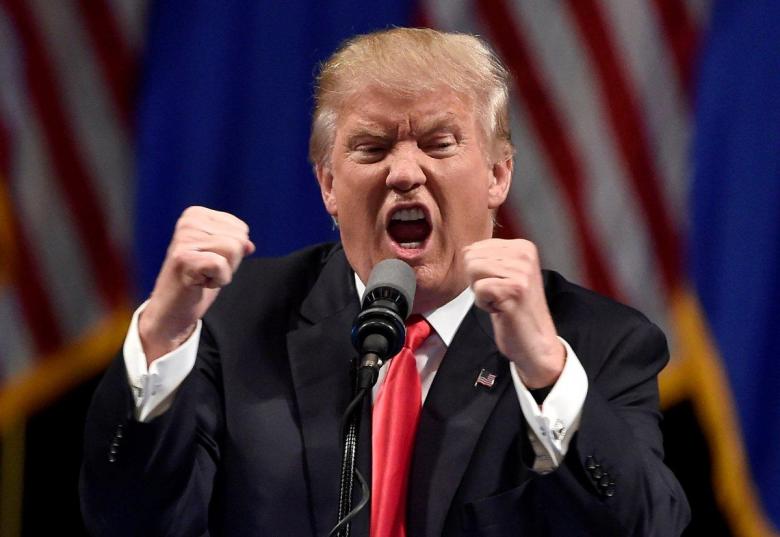 Marines from an amphibious task force have left their ships in the Middle East and deployed to Syria, establishing an outpost from which they can fire artillery guns in support of the fight to oust the Islamic State from the northern Syrian city of Raqqa, defense officials said.

The deployment marks a new escalation in the U.S. war in Syria, and puts more conventional U.S. troops in the battle. Several hundred Special Operations troops have advised local forces there for months, but the Pentagon has mostly shied away from using conventional forces in Syria. The new mission comes as the Trump administration weighs a plan to help Syrian rebels take back Raqqa, the de facto capital of the Islamic State. The plan also includes more Special Operations troops and attack helicopters.

The force is part of the 11th Marine Expeditionary Unit, which left San Diego on Navy ships in October. The Marines on the ground include part of an artillery battery that can fire powerful 155-millimeter shells from M-777 Howitzers, two officials said, speaking on the condition of anonymity because of the sensitivity of the deployment.

The expeditionary unit’s ground force, Battalion Landing Team 1st Battalion, 4th Marines, will man the guns and deliver fire support for U.S.-backed local forces who are preparing an assault on the city. Additional infantrymen from the unit will provide security, while resupplies will be handled by part of the expeditionary force’s combat logistics element. For this deployment, the Marines were flown from Djibouti to Kuwait and then into Syria, said another defense official with direct knowledge of the operation…

…Lt. Gen. Stephen Townsend, the top U.S. general overseeing the campaign against the Islamic State, has previously said that a small number of conventional soldiers have supported Special Operations troops on the ground in Syria, including through a truck-mounted system known as the High Mobility Artillery Rocket System, or HIMARS. The defense official with knowledge of the deployment said Wednesday that the Marines and their Howitzers will supplement, rather than replace, those Army units.
Read more: Washington Post

One name that should terrify The Islamic State?: Secretary of Defense, James ‘Mad Dog’ Mattis.