Skip to content
Home>Uncategorized>Voter Fraud in Detroit on a Massive Scale Exposed in Michigan Recount:

Liberals and Clinton supporters just won’t let it go. Clinton lost and they can’t accept that Trump won the election, especially Hillary. Even though it’s really Jill Stein and George Soros’ support that are backing the recount, we all know Hillary’s the real reason the recount is happening.

One-third of precincts in Wayne County could be disqualified from an unprecedented statewide recount of presidential election results because of problems with ballots.

Most of those are in heavily Democratic Detroit, where the number of ballots in precinct poll books did not match those of voting machine printout reports in 59 percent of precincts, 392 of 662.

According to state law, precincts whose poll books don’t match with ballots can’t be recounted. If that happens, original election results stand.

“It’s not good,” conceded Daniel Baxter, elections director for the city of Detroit.

He blamed the discrepancies on the city’s decade-old voting machines, saying 87 optical scanners broke on Election Day. Many jammed when voters fed ballots into scanners, which can result in erroneous vote counts if ballots are inserted multiple times. Poll workers are supposed to adjust counters to reflect a single vote but in many cases failed to do so, causing the discrepancies, Baxter said.

Even so, Baxter said it’s unlikely all 392 of the city’s precincts with mismatched numbers will be disqualified from a recount. The city is in contact with elections officials at the state of Michigan and Baxter predicted the numbers will match when the ballot boxes are re-opened for the recount, which starts Tuesday in Wayne County at Cobo Center.

“It’s a challenge, but we’re confident the ballots will match,” Baxter said. “I don’t think it’s going to be 100 percent, but it never is with a recount.”

County reports obtained by The Detroit News, though, indicate canvassers were provided no explanation for why the numbers didn’t add up in those precincts. They certified the results of the election anyway.

Disqualifying huge numbers of precincts would make it “almost impossible” for the former New York senator to make up the votes. In fact, it’s a TOTAL longshot!

This whole recount thing is really just about Soros putting money in Jill Stein’s pockets while the rest of the hardworking taxpayers fund the “scavenger hunt”. Trump won! Give it up! It’s time to move on! 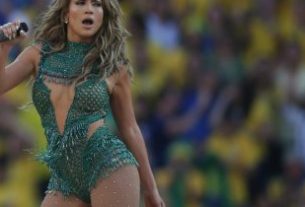 She Posted A Photo Of Her Backside And Her Critics Pounced On Her….

CROOKED Lib School Board FORCED To Apologize For Horrific Insult!

Patriot Ammo Company Making Sure No Bullets Bought By Traitors!