On Wednesday night, Telemundo 61 reporter Iris Delgado was attacked while conducting a live report outside City Hall in Philadelphia.

Near the end of the segment, an African-American woman wearing a green shirt can be seen approaching Delgado from off-screen.

The woman tries to get Delgado’s attention.

“Excuse me, excuse me,” she says as Delgado sends the report back back to anchor Ramon Zayas.

As Zayas begins to speak, the woman grabs the back of Delgado’s head while simultaneously hammer-fisting her forehead.

Delgado did not initially return TheDC’s request for comment on the attack. 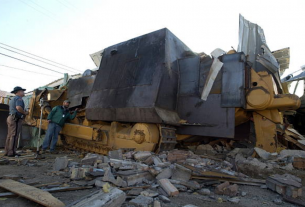 The Government Kept Poking At An Honest, Decent Man…Then He Poked Back! [VIDEO]