Skip to content
Home>Uncategorized>What Hobby Lobby Did For Its Employees Is True Christianity!

Hobby Lobby just raised the bar, putting all other major companies to shame. Putting their workers first makes most Americans proud of this retail store.

On Tuesday, Arts and craft giant Hobby Lobby announced that it will raise its minimum full-time hourly wage to $18.50, effective January 1, 2022.

A company-wide minimum wage set in 2014 was at least $15 per hour, Hobby Lobby was one of the first retailers to raise its minimum wage to $15 during that time.  The chain says it has raised its minimum wage 12 times over the past 13 years.

“We have a long track record of taking care of our employees. In 1998, we made the decision to close our stores on Sundays, and at 8:00 p.m. the rest of the week, to provide employees time for rest, family, and worship. We’ve also worked hard over the years to provide the best pay and benefits in retail, which has allowed us to attract and retain an outstanding group of associates to serve our devoted customers.”

Green continued, “We are thankful for our success as a company and thrilled to begin the new year by sharing that success with thousands of our employees.”

The company’s announcement follows T-Mobile’s pay raise for its employees. On Monday, the wireless provider said it was raising its minimum hourly wage to $20 per hour for all 75,000 of its workers, regardless of full-time or part-time status.

Both companies’ movies come as a steady rise in inflation is poised to hurt middle-class workers, who often rely on hourly wages.

Inflation in the United States has risen to a 39-year high, with consumer prices climbing 6.8% for the year ended in November, according to the Bureau of Labor Statistics. For a number of factors, many economists project inflation to continue around this level for the foreseeable future, before declining through 2022. People are not anticipating another run of high inflation like that which lasted for lengthy periods between 1973 and 1983.

Employers are also confronted with the “Great Resignation,” a phenomenon in which workers are leaving their jobs not just as a result of layoffs but also of their own free will.

Meanwhile, the federal minimum wage has remained at $7.25 an hour since 2009, but several U.S. cities, states, and counties have raised their thresholds on their own.

It Begins! Cops Try To Arrest Someone For Criticizing AOC! 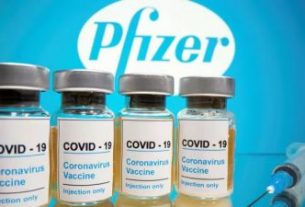 He Got The COVID Vaccine, What He Died From Will…