On Sunday, Kanye West’s public war of words with his estranged wife Kim Kardashian reached another level when the rapper wrote on social media that Kardashian accused him of “putting a hit out on her.”

West has used his Instagram account to publicly criticize his ex-wife over concerns relating to their co-parenting relationship. And now, he’s taking things a step further by accusing the reality star of being involved in criminal activity.

“YESTERDAY KIM ACCUSED ME OF PUTTING A HIT OUT ON HER.”

West continued on, arguing that “THESE IDEAS CAN ACTUALLY GET SOMEONE LOCKED UP.”

“THEY PLAY LIKE THAT WITH BLACK MENS LIVES WEATHER [SIC] ITS GETTING THEM FREE OR GETTING THEM LOCKED UP,” he wrote. “IM NOT PLAYING ABOUT MY BLACK CHILDREN ANYMORE.”

West’s ongoing feud with Kim Kardashian is far from over. Now, the former couple’s bitter divorce took a nasty turn earlier this week when Kardashian, 41, was forced to issue a public statement.

Just hours after West asked his Instagram followers what he should do about daughter North being on TikTok against his “will,” the skim’s founder slammed the rapper for his “obsession” with “attacking” her in the public eye.

Kardashian wrote in the scathing statement shared on social media on Friday:

“Kanye’s constant need for attacking me in interviews and on social media is actually more hurtful than any TikTok North might create.”

“As the parent who is the main provider and caregiver for our children, I am doing my best to protect our daughter while also allowing her to express her creativity in the medium that she wishes with adult supervision — because it brings her happiness.”

Before this, Kim had earlier made a statement to Fox News Digital in which she said that she wishes Kanye would refrain from airing his personal issues in public and also stated that this is a subject for their attorneys to handle.

I believe Kanye is extremely unstable. Kim needs to be quite cautious, in my opinion. We need to move beyond the divorce lawyers and obtain a protective order. And, no, a divorced parent does not have the authority to control, know the whereabouts of the other parent at all times, or surveil the other parent. If there is true abuse or neglect, it should be reported to the authorities in a private setting.

Another group of celebrity children have found themselves in the heart of a controversy. Just to make things worse, on top of living in a shipwreck state of affairs, they also live a life that will ultimately work against them. Hopefully, when kids grow older, they will be exposed to some form of real-life values that they will appreciate.

They are both awful role models for children. 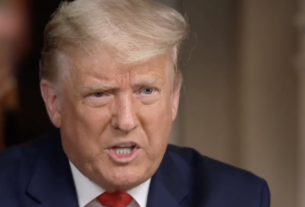 So, What’s The REAL Reason Civil War Is Trending Online?