A student from a prestigious University of California, Los Angeles (UCLA) is claiming automatic soap dispensers are racist, seriously?

If you still don’t believe that the lunatics are running the asylum, get a load of an op-ed that a civil engineering student from the University of California, Los Angeles, just penned for the College Fix.

Sulivan Israel, a civil engineering student at the University of California, Los Angeles, wrote in an op-ed for The College Fix that he recently took part in an online debate about “systemic racism,” in which some of his classmates actually made the charge against hateful automatic soap dispensers. Not one or two, or a few bad apples (soap dispensers), mind you, but the entire “racist” “demographic.” Oh, the (black) humanity!

You know, the contraptions in public restrooms all across the fruited plain that magically emit gobs of liquid soap soon after you place your hands underneath them?

Anyway, Israel said one student said the dispensers “don’t see her hands” because of her skin’s dark pigment.

Oh, but it gets better. He added that another student said the dispensers force “black and brown bodies” to show their palms — which are “the only light areas of the skin” — before the soap will come out.

In his op-ed, Israel dismantled the growing notion that “systemic racism and white supremacy is all around us, and in everyone, and everything, a person encounters” and even more that it’s “a secret force that exists everywhere, permeates all things, and wields power over society.”

And he called it what it is — a “conspiracy theory.”

“The reason is simple.

“As one UCLA student claimed during the debate, automatic soap dispensers “don’t see her hands” due to the dark pigment of her skin.

“As another student reiterated, soap dispensers are racist because they force “black and brown bodies” to show their palms — “the only light areas of the skin” — in order to get soap out.

He added that it’s increasingly difficult to engage with those who cling to wild conspiracy theories related to what they view as systemic racism since they’ve “become so entrenched in their far-fetched beliefs that they consider all opposition to be inherently evil (many of the pro-systemic racism students claimed all opponents to their ideas were simply racist themselves).”

But one way you can combat the problem, for now, Israel wrote, is to “confidently defy their claims publicly to prevent more unknowing people from falling into their grip.”

Sources: The Blaze, The College Fix

Donald Trump Just Got Named PERSON OF THE YEAR! 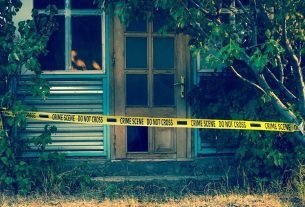 She Fired And Said “Get Out Of My House”, He Didn’t Get The Message So She…